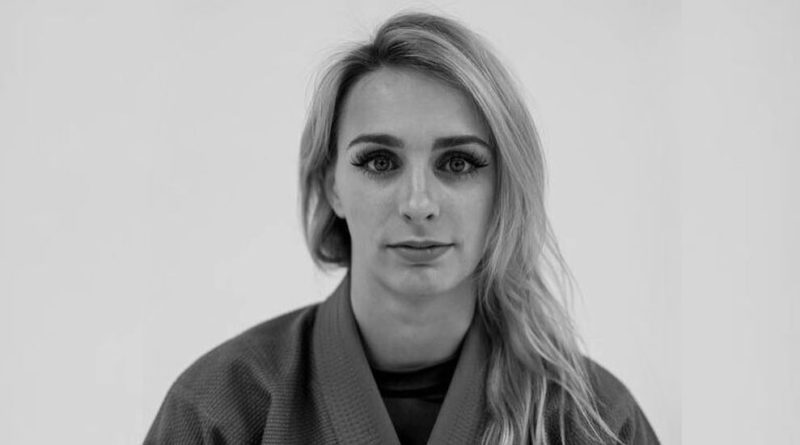 Ffion Davies has won gold in her own division, Lightweight and the Openweight division at The IBJJF European Championships 2020. This makes her the lightest competitor ever to do so and she had to beat the Super-Heavyweight Champion, Jessica Flowers in order to do it.

Davies started the weekend by beating three opponents in the Openweight division to book her place in the final match. Shortly after that, she beat two other competitors in her weight-class, Nicole Sullivan and Catherine Hill, on another impressive showing and guaranteeing herself two medals at the very least as the tournament came into it’s final day.

She started off her morning coming up against Charlotte Von Baumgarten in her own weight class, who she had previously beaten in the Openweight division. Ffion Davies started the match by shooting in and both fighters dropped to a double guard pull, they both invert and settle again before the referee stands them up and penalizes both.

Not long after they restart from standing in the center of the mats, another double guard pull. This time Davies is more aggressive and comes up to pass immediately and moving into Side Control. For a while Von Baumgarten is trying to work a reverse triangle from there but she eventually solidifies the position and scores 3 points. Von Baumgarten regains a three-quarter guard before Davies passes again but this time moves straight to mount to take the score to 10-0.

Davies tried to set up an Arm Triangle for a little while before switching to a Giftwrap grip and using it to take Von Baumgarten’s back. As the scoreboard moved to 14-0 she had a really tight Choke attempt while having Von Baumgarten flattened out. She eventually switched to a modified Bow and Arrow choke to get the tap and a gold medal.

When Davies came up against Jessica Flowers in the Openweight final, her opponent jumped guard within the first few seconds. Flowers battled for the sweep every time Davies stood but she eventually broke full guard and starting passing as Flowers turtled.

Davies eventually managed to sink her hooks in and start working for a Cross Collar Choke as the scoreboard moved to 4-0. Davies managed to trap an arm from the back and was working hard to find a route underneath Flowers’ jaw. Flowers stood her ground and managed to free her hand, eventually able to remove Davies’ grips and start working to escape back control. Flowers never stopped fighting to escape and Davies never stopped re-gripping and readjusting her hooks to maintain control until the end of the fight.

Ffion Davies pulled off a huge upset in winning double gold at the IBJJF European Championships 2020 and is clearly getting ready for a huge year.