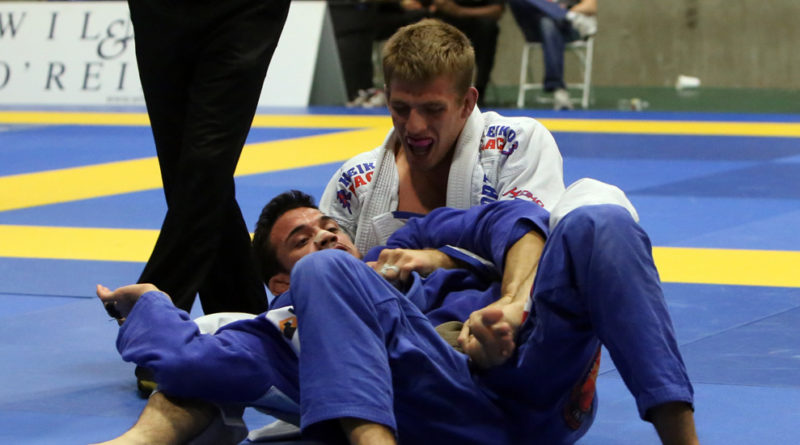 The Openweight division is almost over as the final has been decided for the last day of the IBJJF European Championships 2020, Keenan Cornelius v Fellipe Andrew. The day began with the lightest competitor in the Openweight division, Mikey Musumeci, making waves at the tournament by taking out two of the biggest competitors in the bracket. While Musumeci was busy on his side of the bracket, both Fellipe Andrew and Keenan Cornelius received a bye through the first round.

In the second round things started to get interesting as Cornelius had a difficult but impressive showing against his first opponent, Gabriel Volante, finishing the fight with a choke after securing his back. Meanwhile, Andrew faced off against Santeri Lilius and after an equally hard fought match, secured the victory by Triangle Choke.

As both men entered the Quarter-Finals, things started to get a lot more difficult. Cornelius drew Mathias Luna and he was equally impressive in this performance, working hard to pass Luna’s guard and almost immediately taking the back once he’d passed. From here it was only a matter of seconds before Cornelius sunk in the Rear-Naked Choke.

When Andrew faced off against Patrick Gaudio, they had a phenomenal back and forth match packed with constant action. With points, advantages and penalties totally even as the match drew to a close, it was almost impossible to pick a winner. Unfortunately, with around ten seconds left Gaudio had secured the Saddle position and was attacking the outside leg, switching to the inside leg for a brief moment and immediately being Disqualified for reaping the knee.

In the Semi-Finals, Keenan Cornelius put on another dominant display over Mahamed Aly after he had just edged out Mikey Musumeci. Cornelius won the match 10-2 on points at roughly the same time that Fellipe Andrew booked his place opposite him in the final. Andrew managed to overcome Fellipe Trovo at around the halfway point of their match, wrenching on a tight footlock to get the tap.

This sets up a fantastic Openweight final tomorrow between Keenan Cornelius and Fellipe Andrew, which takes place at 1:30 EST tomorrow.