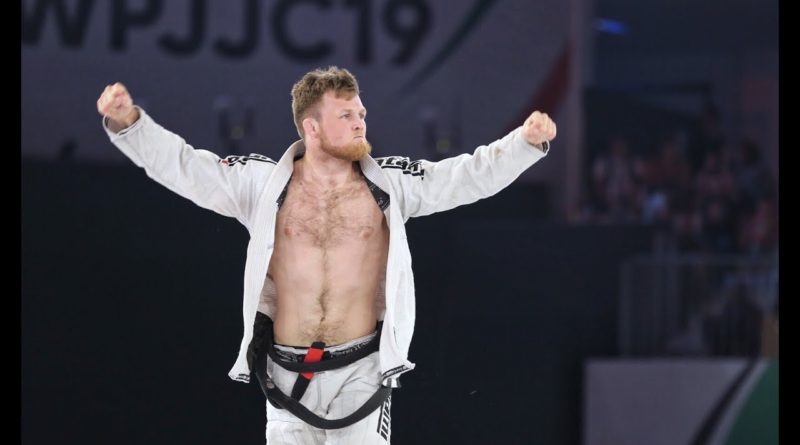 After his amazing performance at Polaris 12, we were all expecting great things from Tommy Langaker. We were not disappointed.

The match began with him trying to pull guard, but conceeding takedown points as a result. It doesn’t phase him however, as he gets to butterfly and stands up to get the sweep. Langaker inverts and looks for a crab ride, getting a pass off of it and immediately getting to knee on belly before getting reguarded by Lovell.

With this six point advantage, he doesn’t seem to mind getting swept – he just sweeps back after a little while and keeps looking for the crab ride he attempted in the first exchange. Lovell seems wise to it by now, though, and Langaker can’t manage to get back there or even pass the guard off of it as he did earlier.

In the final minutes of the match, Lovell puts on pressure from the top, but Langaker gives him nothing, sweeping and almost passing to win 17-10. This puts Langaker in the Quarter-Finals tomorrow against Mathias Luna, who recently lost out in the Openweight division as Keenan Cornelius stormed to the final.