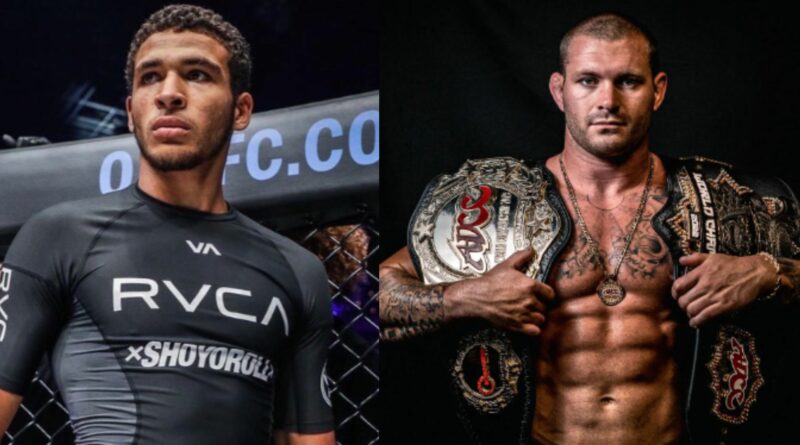 The rivalry we never knew we needed is here, as Tye Ruotolo and Gordon Ryan are going at it on social media. Both men seem to be keen on sharing the competition mats someday soon.

The feud kicked off when the 19-year-old Ruotolo – typically quiet on social media – asked for a no-time limit match against Ryan.

“Remember that darce at modolfo? It would be competitive now and I’m 19 and natural. I guarantee you retire before I gain 15 pounds. Pure facts, no ill intent. Let’s do the same deal you did with Pena. No time limit.”

First, let’s unpack this statement a bit. The Modolfo Camp was a 2020 training camp that involved a number of top grapplers from different teams, including Ryan, Ruotolo and his twin brother Kade Ruotolo, who trained and rolled together with the ostensible plan of releasing rolling footage for sale.

As for being “natural,” Ruotolo is referring to Ryan’s not-so-hidden use of performance enhancing drugs.

Finally, “same deal you did with Pena” is referring to Ryan’s recent no-time-limit match against rival Felipe Pena in which Ryan staked $100k against Pena’s $10k.

“How about you put up your 50k win bonus from ONE and I’ll put up my same 100k that I did with pena? 2-1 odds no time limit. Just remember, I’m not Josh hinger, and you couldn’t beat him.”

Again, some unpacking. Ruotolo recently earned a $50k performance bonus for his submission win over Ryan’s longtime teammate Garry Tonon at ONE Championship. Ruotolo also suffered a loss in the first round of the 2022 ADCC World Championships to his Atos teammate Josh Hinger (a longtime target of Ryan’s online attacks).

“So you don’t have the same confidence with me as you did Pena, interesting. I’m not worried about the numbers will figure that out. We know all the organizations any one of them will host this, no time limit.”

In the above comment, Ruotolo tagged both ONE Championships and FloGrappling. In an exclusive interview with Grappling Insider earlier this year, ONE CEO Chatri Sityodtong stated that the Ruotolo brothers are under exclusive contract with ONE, so a match under FloGrappling’s Who’s Number One promotion might be out of the question.

In that same interview, Sityodtong stated that for his match against Tonon, Ruotolo earned more than Ryan ever had in a single match.

“I’m quite confident that Tye made the most in the history of jiu-jitsu for a single match, more than Gordon Ryan or anybody,” claimed Sityodtong. “I’m pretty confident of that, because I know what he made, obviously. He made a lot of money, including the bonus, and a far cry from one thousand or five thousand or whatever dollars that people get in the major tournaments today.”

Ryan had been previously signed by ONE Championship, but is no longer with the organization and he has not commented on his departure.

And most recently, Ryan posted a 400-word diatribe in response to Ruotolo.

“The truth is- I like the kids. They were the only ones from atos who kept their words when we had the issue with the modolfo camp filming. They even went against their professor and kept their word to Mo, I respect that. That’s why I never attacked them and even kept my mouth shut when Kade said I couldn’t heel hook him, but now since I’ve been formally called out, I’ll address it, as always. Tye called me out asking for the same 10-1 odds I gave pena. First of all, at this point, any grappler is LUCKY to even have me mention them, nevermind step on a mat with them. They get more press and more money facing me than they could doing ANYTHING else in their broke athlete lives. I offered tye 2-1 odds- his 50k ONE bonus, vs my 100k, which is a gift since he should be paying me to step on the mat with me seeing as he hasn’t won a single tournament of note at black belt (yet). He disregarded that comment and went into a rant about how money doesn’t matter and how I wasn’t confident enough to give him those odds. If the money didn’t matter why are you asking for 10-1 odds? And you’re talking about my confidence while simultaneously asking for 10-1 odds? Ha. In addition, you don’t think I have the confidence to fight the kid who lost 1st round to JOSH FUCKING HINGER? The debatably worst grapple of all time😂. You couldn’t make it out of the 1st round at ADCC and lost to someone who seems to not know a single move, and you have my name in your mouth ? That’s funny. You could always admit that match was fake, but then you’d be banned from ADCC🤷🏻‍♂️. OK, so since you’re so under confident In your abilities, I’ll offer 2-1 odds. How about both of the kids put up both of their 50k bonuses from ONE, 100K dollars, and I will put up 200k dollars for 2-1 in a no time limit sub only match. I will fight you both back to back, you pick the order. After match 1 we will mop the mats, I’ll change gear so the mats don’t instantly get wet again, then we walk out for match 2, no break. 2 vs 1 100k vs 200k. Put your money where your mouth is, or shut your fucking mouth 😘. PS- If you’re looking to accuse someone of juice, how bout starting with your friends that fail drug tests”

In summary, Ryan offered to face both Kade and Tye Ruotolo in back-to-back matches, staking $200k of his own money against $100k from the Ruotolos.