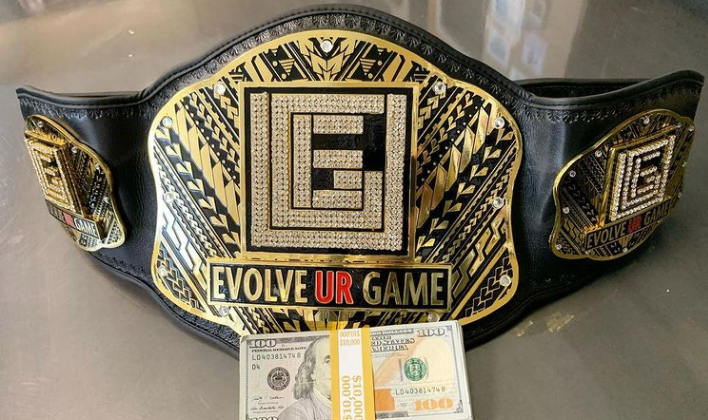 Evolve Ur Game (EUG) promotions has announced its third one-night jiu-jitsu tournament with $10,000 on the line. EUG 3 is scheduled for October 16 in Las Vegas, NV, the promotion announced on Monday via press release.

“We couldn’t be more excited to deliver a third Evolve Ur Game event to grappling fans around the world on FloGrappling. We’re thrilled to provide some of the world’s best competitors an opportunity to showcase their skills and compete for $10,000,” said Hector Vazquez, EUG CEO and black belt jiu-jitsu world champion.

Quarterfinal match-ups and tournament participants will be announced shortly.

The first two EUG events saw the best gi jiu-jitsu competitors in the world go head-to-head in high-paced matches; both tournaments were won by young grapplers considered to be the future of competitive jiu-jitsu. At EUG 1, Atos representative Andy Murasaki defeated Kennedy Maciel, Gianni Grippo, and Matheus Gabriel to win the 160-pound tournament in his black belt debut. And at EUG 2, Art of Jiu-Jitsu product Jonatha Alves defeated Mica Galvao in the finals of the 170-pound tournament in what was one of the best matches of the year so far.

Stay tuned on Grappling Insider for updates regarding EUG 3.

How to watch: EUG 3 takes place on Saturday, October 16, and will air live on FloGrappling (subscription required).