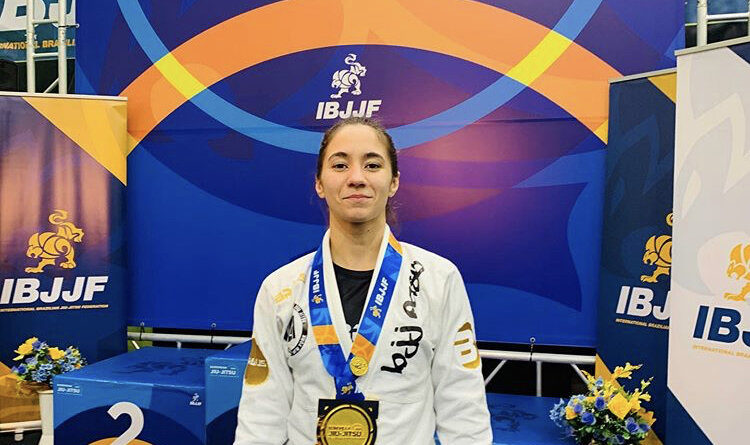 Women have taken a powerful position in the BJJ community and this will be on full display on Oct. 10-11 at the 2020 IBJJF Pans. The female divisions are stacked with talent from top to bottom. Even though the number of participants in each weight class is not quite as large as in the mens’ divisions, they’re quickly getting there. So join us for the IBJJF Pans Breakdown for women’s lighter divisions. We’ve already broken down the male lighter, middle and heavier divisions. We’ll break down the heavier female divisions next.

Since there are fewer competitors, there are fewer stars in each division. The top females are sprinkled throughout the weight classes. Most don’t have two of the highest ranked women in the same division, but they can still meet in the absolute. Think of: Talita Alencar, Pati Fontes, Mayssa Bastos, Karen Antunes, Luiza Monteiro, Nathalie ‘Tataw’ Ribeiro, Raquel Canuto and Andressa Cintra.

There’s one division in particular that caught my eye and that is light-featherweight. It has four registered athletes and three of them are world champions. All of this and more in this IBJJF Pans breakdown for women’s lighter divisions.

Let’s start with one of the most promising divisions in the tournament, light-feather. This year’s competitors could be making up the podium of the World Championships. You’ve got the Tazmanian Devil herself, Talita Alencar, and two open guard phenoms in Pati Fontes and Mayssa Bastos. The brackets will probably match Alencar with Fontes and Bastos with Kneib.

It’s hard to pick against Bastos for that opening round. If she pulls, her guard work is insane. If she gets on top, she has some nasty pressure-passing sequences. Then there’s the double pull. Bastos has a gnarly berimbolo game. She will probably go to the second round against the winner from the other side of the bracket, which is far more interesting.

The other side of the bracket features one of the most compelling matchups of the torunament in Fontes vs Alencar. Fontes is a fantastic guard player, known mostly for her open guard. She has an aggressive game from bottom position that forces her opponents to backpedal until she finds the sweep. She’s been up and down as a passer, but she is undoubtedly skilled.

Alencar is impossible to control. She brings an extremely dynamic game to the table. She plays well both bottom and top positions and generally exchanges on the feet. Alencar seems to slightly prefer wrestling her opponents down and passing, so this match is already intriguing. But she’ll pull guard or play from the feet with equal skill level.

I think this depends on who pulls first. I think Alencar may elect to pull first to force Fontes to have to sweep back to even the score. She’ll probably be looking to capitalize on a mistake by her opponent forcing the position and try to pass. Fontes prefers bottom position, so she needs to be active with the guard pull. If she pulls first, she’ll probably keep bottom position for as long as she can. They’ve never faced each other, so this will be a first, but their toughest challenge will be ahead.

In my opinion, the winner will have her toughest challenge facing current roosterweight world champion, Mayssa Bastos. Bastos is a berimbolo machine who will generally opt to pull guard first. She will rarely come up from the double pull either. For Alencar, she has the perfect style as Talita will most likely double pull and come up for the advantage. From there it’ll be guard player vs guard passer.

If Fontes beats Talita, I think Bastos will be a handful for her, because she plays open guard with her opponent mostly passing. I haven’t seen her much in a double pull situation. If she pulls, Bastos will definitely pull with her and wait for Fontes to come up. You can count on Bastos being sharper on the double pull game, as most berimbolo players are.

Our pick: Bastos wins this one. I think her berimbolo game is on point and her opponents’ games play right into hers. The athletes in this weight class haven’t been active, so ring rust will affect them all.

There are two favorites in this division in Karen Antunes and Gaby McComb. A world and pan champion in 2018, Antunes made a name for herself at the colored belts first and then at black belt, cementing a world title. During her world championship run, she could be seen breastfeeding her newborn daughter between fights. It’s pretty hard to become a world champion, but it must be a lot harder to do it while taking care of your baby, so that makes it even more impressive.

McComb is a Brazilian athlete from the BJJ powerhouse city of Manaus. She is the reigning Pan champion at lightweight and is coming down to featherweight for a shot at becoming a two-weight champion. McComb and Antunes have never faced each other, as they generally fight in different weight classes. McComb has a well-rounded game, but she usually opts to pull guard. A master at overhead sweeps, she launches people left and right from the collar sleeve De La Riva.

Our pick: I think Antunes takes this. McComb is a strong candidate and she will be cutting down to feather, but Antunes is an extremely good passer. McComb will probably pull, but she’ll get right into Antunes’ strongest position. It will be a battle, but I think Antunes will ultimately pass and win.

Lightweight has two athletes who on paper are quite apart from the rest. These two are Nathalie ‘Tata’ Ribeiro and Luiza Monteiro. Ribeiro is a Checkmat representative, a No Gi World Champion (2020) and a brown belt World Champion (2018). She has a versatile game, but prefers bottom position and particularly open guard. She is 5-2 in 2020, beating Jena Bishop, Andressa Cintra and Talita Alencar in the process.

Ribeiro will probably get matched up against Monteiro in the finals. Monteiro needs no introduction. She is a two-time black belt World Champion and a European Open-Class Champion. She’s also a five-time Pan Champion. Monteiro is a very solid competitor, with a strong closed guard and double sleeve from bottom. She’s also tough from top position, very hard to score on and relentless at chaining passes — mainly stacks, double unders and leg drags with back attacks.

Nicole Sullivan is a dark horse who could do some damage in the division. She was last year’s masters World Champion at black belt. Sullivan will be on Ribeiro’s side of the bracket and they’ve faced each other before. They met at brown belt in the 2017 LA Grand Slam, with Ribeiro winning 2-0 on points. She will definitely be coming for her revenge.

Our Pick: I think Monteiro takes this one. She is impossible to score on and has the upper hand when it comes to experience at the highest levels. Even though she is 3-2 in 2020, both losing efforts came to heavier opponents. And she will be fighting two weight classes below her regular division. She will most likely meet Ribeiro in the finals, who will probably beat Sullivan in the finals.