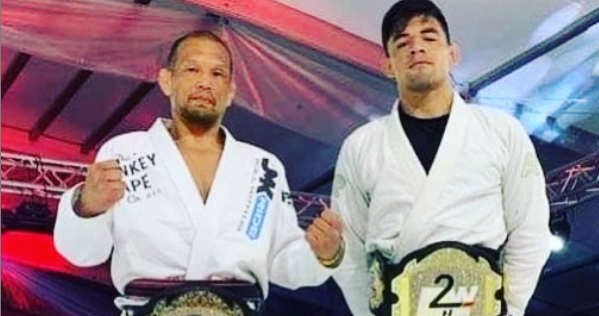 Fight To Win 183 took place on Friday, September 10, and was quietly one of the promotion’s most stacked events of the year, loaded with top competitors from Atos, Alliance, and Checkmat. In the main event, veteran Baret Yoshida made quick work of Bernardo Pitel with an early anaconda choke. Lower on the card, Atos representatives Josh Hinger, Michael Liera Jr., and Lucas Pinheiro all picked up wins, while Checkmat’s Gabriel Almeida and Alliance’s Fellipe Andrew earned impressive victories.

View the full results from Fight To Win 183 below.

Early on in their main event match, Yoshida put the pressure on Pitel, a 2001 IBJJF world champion. Yoshida quickly worked a knee cut pass into an anaconda choke, and that was the lone submission attempt he’d need, getting an early tap.

In one of the evening’s most anticipated matches, Fellipe Andrew, fresh off his double-gold showing at the IBJJF Pans, took on Atos representative Fellipe Trovo. Andrew attacked early and often, getting deep on a straight ankle lock shortly into the match. Trovo escaped, though, but found himself soon on bottom side control. From there, Andrew worked methodically to mount, where he slowly secured a clean head and arm choke for the tap with just under two minutes remaining.

Atos representative Lucas Pinheiro also impressed, as he was able to pressure and attack GF Team’s Carlos Bebeto Oliveira on his way to a dominant submission win. Pinheiro pressured Oliveira off the mat multiple times in the early going before his passing attempts forced Oliveira to turtle. Pinheiro expertly and immediately took Oliveira’s back and sunk in a gi choke with just over three minutes remaining in the match.