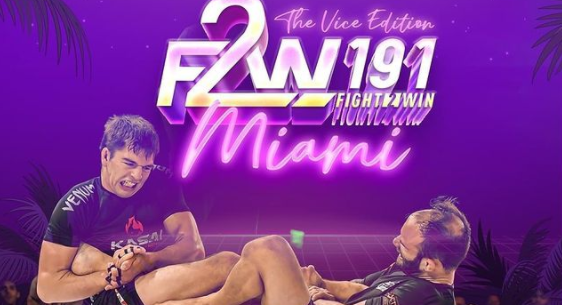 Fight To Win 191 takes place on Friday, January 14 and will be headlined by a black belt match-up between no-gi world champion Gianni Grippo and one of Miami’s best black belts, Mauricio Gomez. And in the co-main event, multiple-time ADCC Trials winner Enrico Cocco will take on fellow black belt and veteran MMA fighter Yuri Villefort.

View the full Fight To Win 191 line-up and betting odds below.

Grippo finds himself as a five-to-one favorite over Gomez, and for good reason; Grippo saw one of his best years of competition in 2021. He captured his second IBJJF no-gi world championship, his third IBJJF no-gi Pans championship, and the Emerald City Invitational 145-pound grand prix title last year.

A +250 underdog, Gomez is no stranger to high-level competition, although he has struggled to find consistent success. In his last Fight To Win appearance, he lost to Samuel Nagai by footlock.

The co-main event between Cocco and Villefort is, on paper, a closer match with Cocco as a -185 favorite and Villefort a slight +130 underdog. Cocco has won the prestigious ADCC East Coast Trials three times, although he has yet to pick up a win at the ADCC Championships.

Villefort has earned 12 wins over the course of his 11-year professional MMA career that saw him competing in both the UFC and Strikeforce. In Villefort’s last Fight To Win appearance, he secured a decision win over Eric Allequin.

How to watch: Fight To Win 191 takes place on Friday, January 14 and will air live on FloGrappling (subscription required).