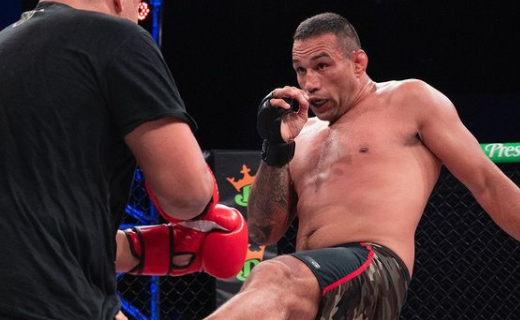 Former UFC heavyweight champion and two-time ADCC champion Fabricio Werdum’s Profesional Fighters League (PFL) debut did not go to plan. After quickly securing a takedown in his main event fight with Renan Ferreira at PFL #3, Werdum secured a triangle choke that appeared to elicit a tap from Ferreira. The referee missed the tap, though, and Ferreira was able to escape and finish Werdum with ground-and-pound moments later. Werdum has now appealed that loss.

Watch video of the finish below, which came just seconds after Werdum alleges Ferreira tapped to a triangle choke.

Watch Werdum’s post-fight interview, complete with footage of the apparent tap, below.

With PFL’s regular season and post-season format, the loss could cost Werdum big. During the two regular season fights, fighters earn points based on their performances that secure them a spot in the playoffs. Werdum will have another opportunity to earn points toward the post-season, but if he loses, he will likely be done for the year.

However, Werdum’s manager has filed an appeal of the loss, according to MMAFighting’s Marc Raimondi.

As a three-time black belt world champion, Fabricio Werdum is one of the best jiu-jitsu practitioners ever to compete in MMA. During his career, he fought in Pride, Strikeforce, and the UFC. Werdum captured the UFC heavyweight title in 2015 when he defeated Cain Velasquez. With the loss to Ferreira (should it stand), Werdum has lost three of his last four and is 5-5 over his last 10 fights.