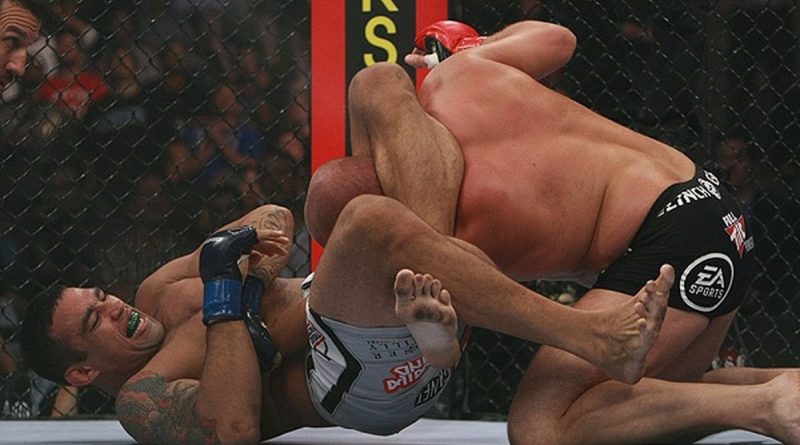 MMA legend Fedor Emelianenko will fight at least one more time, and Fabricio Werdum is campaigning hard for a second bout with the Russian. Werdum — a two-time ADCC champion — earned one of the most shocking upsets of all time when he handed Emelianenko his first real career loss in 2010.

Bellator MMA recently announced that the 44-year old Emelianenko will fight for the first time in two years at Bellator Moscow on October 23. No opponent has yet been announced for Emelianenko’s return, and Werdum quickly threw his name in the hat.

Fedor Emelianenko is widely considered among the greatest pound-for-pound fighters in MMA history. When he squared off with Werdum at a Strikeforce event in June 2010, Emelianenko was on a nine-year unbeaten streak that saw him conquer the Pride FC heavyweight division. Werdum’s first-round triangle-armbar remains one of the most iconic moments in combat sports.

In jiu-jitsu competition, Fabricio Werdum is a two-time IBJJ world champion and a two-time ADCC champion. He parlayed his grappling skills into a phenomenal MMA career that saw him capture the UFC heavyweight championship against Cain Velasquez in 2015.

Werdum is not currently signed with Bellator, but after a disappointing regular season in the Professional Fighters League, Werdum will not be competing in the league’s playoffs, so an October bout in Russia shouldn’t be entirely off the table.