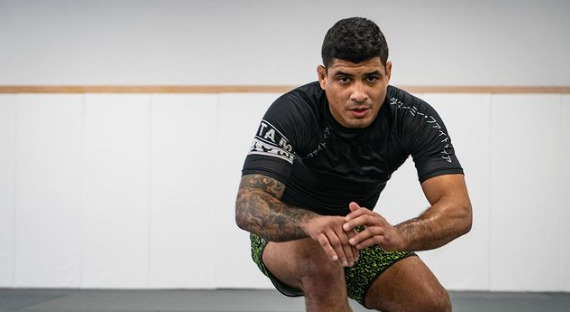 The 2022 ADCC World Championships take place on September 17-18, live from Las Vegas, NV. Ahead of the big tournament, Grappling Insider will be previewing each division. Read a preview of the 66 kg. division here.

The 77 kg. division is the near-consensus pick to be the most entertaining bracket at the 2022 ADCC World Championships. It is also perhaps the most difficult division to predict.

Even with returning two-time champion JT Torres in the mix, the division feels wide open. Practically every competitor — from Trials winner to past medalist to tournament invitee — has a realistic chance of taking home an ADCC medal.

These are the favorites, contenders, and dark horses of the ADCC’s most talent-rich division. View the full competitor list below.

All eyes will be on JT Torres as he looks to enter rarefied air and become a three-time ADCC Champion. A master of tactics and strategy, Torres wasn’t scored on once at the 2019 ADCC World Championships. Look for him to lean on his excellent wrestling and all-around skill as he tries to capture a third gold medal.

Teenage phenom Mica Galvao might be the most promising ADCC rookie of the entire tournament. With his incredible speed and physicality, the Fight Sports representative is an opportunistic, counter-oriented grappler with a knack for finding the armbar. In the past year alone he has defeated fellow ADCC competitors Dante Leon, William Tackett, Lucas “Hulk” Barbosa, and Keith Krikorian.

Rounding out the field of favorites is The B-Team’s Nicky Ryan. Although injury has forced him out of competition since last year, he is coming off an ADCC-rules win over Dante Leon, and according to all reports, the younger Ryan brother has been a monster in the training room.

Realistically, the list of “contenders” in the 77 kg. division could be much longer. On a closer look, though, a few names stand out as potential medalists or even tournament champions.

Although Dante Leon has suffered a handful of losses to other 77 kg. competitors since he took fourth at the 2019 ADCC World Championships, his experience and wrestling mean that he should not be overlooked. Leon will be given a well-deserved high seed, paving his way for a path to the finals.

East and West Coast Trials winners Kade Ruotolo and William Tackett, respectively, should make some noise this weekend. Ruotolo was named Grappling Insider’s 2021 no-gi grappler of the year on the strength of his wins over the likes of Diego Oliveira, PJ Barch, and Tackett himself. Ruotolo’s endless gas tank and constant attacking make him a challenge for any opponent in the division.

Similarly, Tackett is an offensive dynamo. He is a particularly dangerous leg locker, and his only loss at 77 kg. came at the hands of Ruotolo in the final of the East Coast Trials.

Again, essentially every single 77 kg. athlete could make it to the podium, so narrowing down the divisional dark horses is no easy task.

South American Trials winner Roberto Jimenez has, at times, struggled against elite leg lockers. But when the Ecuadorian phenom is on, he’s practically unstoppable with his back-takes and finishes from the back.

Lachlan Giles has hardly competed since his shocking third place finish in the absolute division at the 2019 ADCC World Championships. That performance alone — which included a pair of heel hook wins over Kaynan Duarte and Patrick Gaudio — makes the leg lock specialist a name to watch this weekend.

Finally, keep an eye on gi specialist Tommy Langaker, who surprised fans by entering and winning the second ADCC European Trials. Langaker is relatively untested in no-gi competition, but he is a proven technical wizard and is coming off a decision win over fellow 77 kg. competitor Renato Canuto in ONE Championship.

Ben Coate has 854 posts and counting. See all posts by Ben Coate