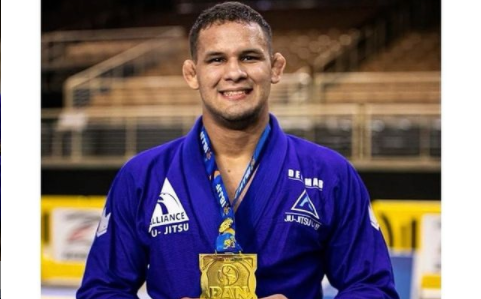 Pena initially won the 2021 Worlds absolute title under unique circumstances. Pena defeated Andrew in the semifinals of the absolute division, and on the other side of the bracket, rival Nicholas Meregali won his way to the absolute finals. But during the semifinal match of his weight division, Meregali was disqualified from the competition for making a lewd gesture. Rather than having Pena face a replacement for Meregali in the absolute final (like Andrew, for example), Pena was awarded the gold by default.