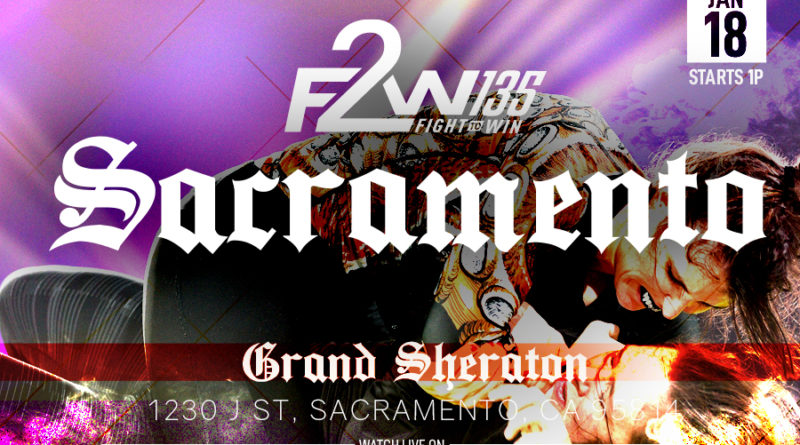 Fight 2 Win 135 took place in Sacramento, California and delivered on the promise of a night packed with high-level grappling action. The headline bout saw the first match of the year for fan-favorite, Nick Rodriguez, as he took on 2019 IBJJF Absolute World Champion, Victor Hugo. This was the first of many fight night events booked for Rodriguez as he competes on Submission Underground 11 and Third Coast Grappling 4 in the coming months.

After a stellar performance at ADCC 2019, you’d be forgiven for thinking that Rodriguez could handle Victor Hugo in Sacramento. Hugo was content to sit to his back at the start of the match and allow Rodriguez to attempt to pass from his feet. After several knee-slice attempts, Rodriguez went to his knees to work his passing game from there but this allowed Hugo to move to full guard and attempt a Kimura and leglock entry from there.

Victor Hugo was playing it very smart, refusing to stand with the wrestler and countering every pass attempt with a submission, forcing Rodriguez to disengage in order to escape. Rodriguez attempted a beautiful jumping cartwheel pass but Hugo saw it coming and retained guard expertly, he was shutting down any pass that Rodriguez could throw at him. Hugo had a decent armbar attempt from full guard, but Rodriguez was able to work out of it and return to safety again.

Frustrated by being unable to pass, Rodriguez sat back for a heel hook with only half a minute left but Hugo was able to clear the knee line immediately and escaped comfortably as the match ended. The judges seemed to give the fight to Hugo based on his activity from guard and the submission threats that forced Rodriguez to disengage frequently.