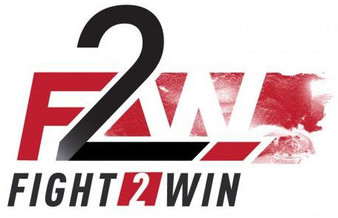 Fight 2 Win is back in action this Friday night (Oct 23rd) in Philadelphia. There was one big change this week. That is, Rafael Lovato Jr. is now off the card (for unknown reasons), and Matheus Luna will step in to fill his spot against Jake Watson. This will give Watson an opportunity to avenge a loss that Luna handed him this year at Pans. Let’s take a look at some of the match-ups of F2W 155

In the main event, 3X IBJJF world champion Pati Fontes, will put her F2W flyweight belt on the line. Fontes is coming off a “Submission Of The Night“ loss to Amanda Alequin via head and arm choke at F2W 153. But that was in a Gi. The woman trying to take her title? Newly promoted 10th Planet black belt, Grace Gundrum. Gundrum has been rising in popularity recently in the sub only scene and her match against Fontes will be her first test at black belt. The match will be No Gi.

In the co-main event, we will now see Luna vs Watson. Luna is a black belt under Ricardo Feliciano and Lucas Leite from Checkmat BJJ Academy. He is coming off a fresh, silver medal run at Pans this year and has won Worlds in the colored belts. He lost a decision to Keenan Cornelius at F2W148. His opponent, Watson, is also no stranger to F2W. In fact, this will be his 13th time competing for the organization. He will be looking to avenge a loss that Luna handed to him this year at Pans. Watson lost via an advantage point in that match.

Another fight that will be featured on the main card is a matchup between Devhonte Johnson and Vinicius Ferreira. Johnson is a Unity BJJ black belt under Murilo Santana. He has acquired a number of gold medals in IBJJF competitions and is a F2W regular. Ferreira won IBJJF worlds last year and is an ADCC silver medalist. He trains with Alliance and is a black belt under Fabio Gurgel. In his last appearance at F2W he lost a decision to Roberto Abreu.

F2W 155 will be streamed live on FloGrappling.