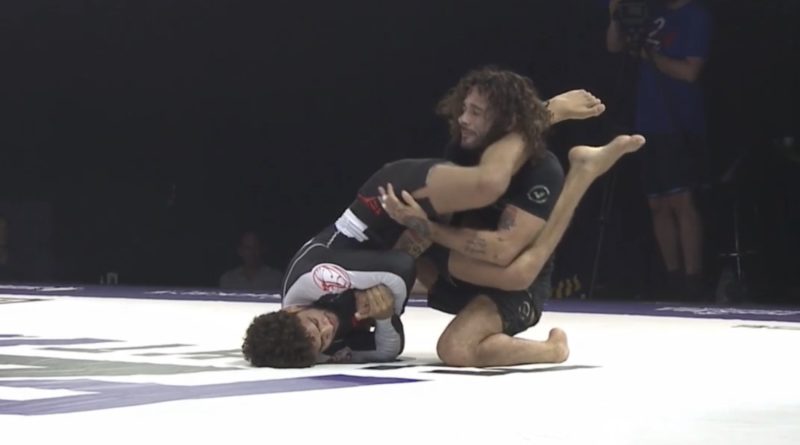 Fight 2 Win 156 took place in Philadelphia Friday night, November the 6th. In the main event, ADCC silver medalist, Kennedy Maciel faced Unity Academy Instructor, Junny Ocasio. While the match only lasted four minutes, we saw a number of high level positions on both sides and a submission finish. Below we have the play by play from the main event as well as the full results from the card.

Ocasio vs Maciel Play By Play

Junie sits to his butt and begins to look for De La Riva guard (DLR). Maciel is staying low and looking for a pass. Ocasio has the leg trapped with a DLR but Maciel is taking his time and staying on top. They seperate and re-center.

Ocasio stays on his butt and is looking for a reverse DLR now while Maciel executes a quick knee cut and gains side control. Ocasio regains guard and they are back to where they started.

Ocasio is looking for a sweep from DLR and Maciel is looking for a knee cut pass. A Lot of hand fighting by both grapplers. Maciel secures double under with the legs. He uses the position to force Ocasio over into a turtle guard. After a brief scramble, Maciel has a kimura grip and transitions to an arm bar. Ocasio stacks Maciel in an attempt to defend the arm bar but is unable. Maciel gets the tap just under 4 minutes into the match.