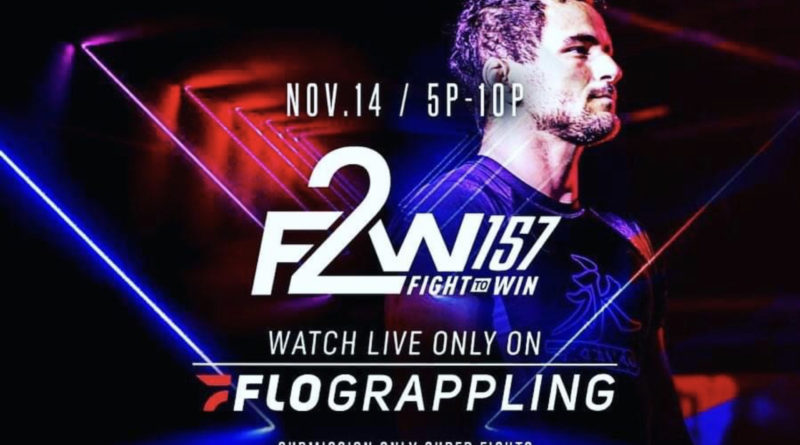 DeBlass is well known as the man who gave Garry Tonon his black belt. He won the ADCC North American trials in 2009 and 2014 and has taken gold as a black belt at the Pan American No Gi Championships in 2013. DeBlass is also a credentialed MMA veteran with fights in the UFC. He is taking on Fields, who won IBJJF No Gi worlds in 2018 and 2019. Fields also took gold as a black belt in 2019 at the Euro Worlds.

Another standout name on the card is Gesias Cavalcante. Cavalcante is a black belt and former K-1 HERO middleweight champion (2006 and 2007). He will be facing the John Danaher protege, Nick Ronan.

F2W 157 will be streamed live on FloGrappling.