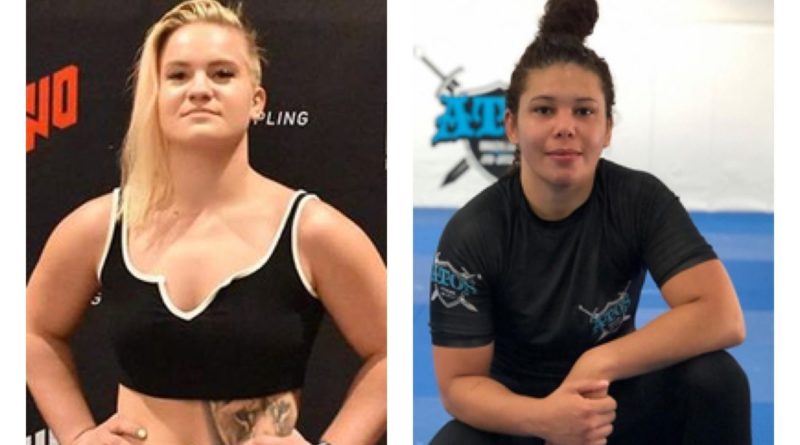 Fight 2 Win announced their main event for F2W 158, which will be held on December 4th in Orlando. The match will be between two newly awarded black belts, Elisabeth Clay and Rafaela Guedes.

Clay earned her black belt earlier this month by Samir Chantre, cementing her as Chantre’s first female black belt. She was one of the youngest competitors to ever compete at ADCC when she was 16 years old and only a blue belt. Clay has won Worlds and Pans in both Gi and No Gi multiple times.

Clay has been busy in the Jiu Jitsu scene this year with a record of seven wins and only one loss, since June. Six of those wins were by submission. Her loss was to Gabi Garcia at WNO in October, a match that had her at a considerable weight disadvantage. She will be taking on Guedes, who she submitted last year via heel hook at No Gi Worlds.

Guedes also earned her black belt this year in September under Andre Galvao. Originally from Brazil, Guedes moved to train with Atos in 2018. She has won Worlds as a brown belt, and this year she took home the gold medal at Pans in the open weight division. In her final match at Pans she scored an impressive rear naked choke over Vanessa Griffin.

This is a grudge match between two new black belts. Will Guedes capitalize on her momentum from Pans and avenge a loss that Clay handed her last year when both were brown belts? Or will Clay earn another submission over Guedes, proving she is a better No Gi grappler? We will find out on December 4th. The full F2W 158 card is expected to be announced Monday.