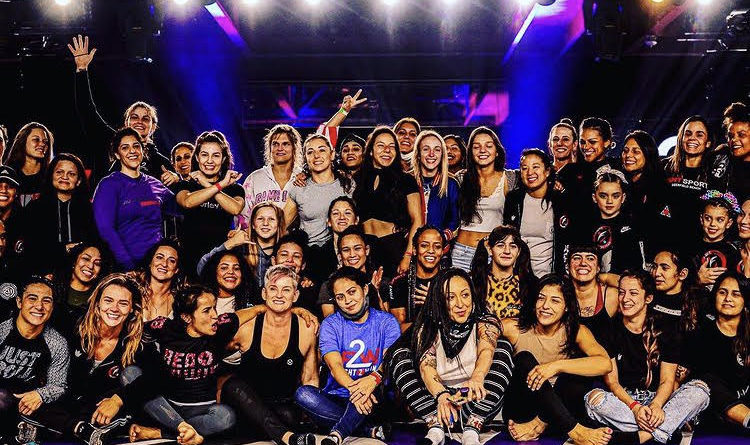 Fight to Win returned to Miami on Friday for its first-ever all-female card. In the main event, Team Atos representative Rafaela Guedes edged three-time IBJJF world champion Ana Carolina Vieira to earn the Fight to Win no-gi lightweight belt. The rest of the card was filled with top-tier world champions, with Talita Alencar and Gabrielle McComb engaging in a wild fight that stole the show.

In the co-main event, Amanda “Tubby” Alequin earned a close but unanimous decision win over 2020 IBJJF world no-gi champion Nathalie Ribeiro. For Alequin, the win secured her the Fight to Win bantamweight champion.

Before Alequin and Ribeiro squared off, Alencar and McComb put on an early contender for the most fun match of the year. From the opening seconds, the pair found themselves tumbling off the mat, scrambling for position. At one point, Alencar threw a hard collar tie on McComb, prompting the referee to stop the action and speak with both competitors. When on the mat, Alencar was happy to work from her back both in the closed and open guard, occasionally threatening leg locks. Alencar would walk away with the split decision win, retaining her flyweight title.

Below are the full results from Fight to Win 162.