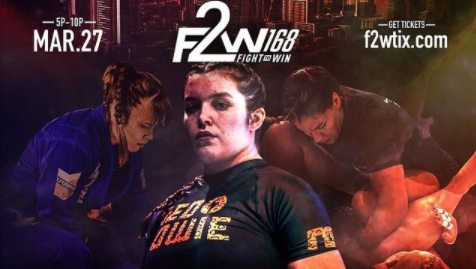 On Saturday, March 27, Fight to Win will host it’s third all-female grappling card live from Austin, TX. In the main event of Fight to Win 168, Nathiely De Jesus, fresh off her massive win over Gabi Garcia, will face no-gi world champion Kendall Reusing. And in the co-main event, former Fight to Win champion Maria Malyjasiak will square off with Hanette Staack.

Check out the full card line-up and betting odds, courtesy of Fight to Win, below.

Although Reusing is an elite black belt, an IBJJF no-gi world champion, and a talented wrestler, it comes as no surprise that De Jesus is a sizable favorite in this match-up. With the win over Garcia, De Jesus became the only person to defeat Garcia in both gi and no-gi, establishing herself as arguably the best female grappler on the planet right now.

According to the odds, the co-main event is slightly more competitive, with Malyjasiak as a moderate favorite. That makes sense on paper, because even though Staack is one of the most accomplished grapplers ever with a whopping five IBJJF world championships, Malyjasiak is the woman that has had more recent success.

Lower on the card, five-time world champion Luiza Monteiro finds herself as a large favorite over Vedha Toscano.

Fight to Win 168: Female Fight Night 3 will air live and exclusively on FloGrappling.