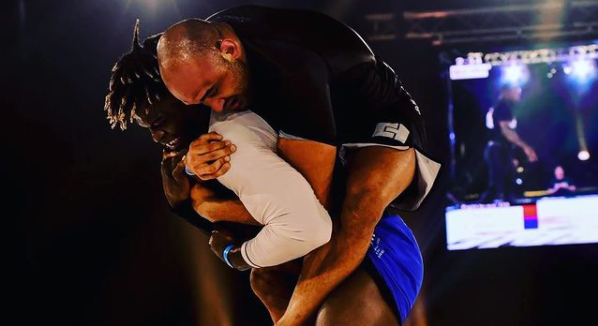 The busiest promotion in grappling returned to action on Friday, June 4 with Fight to Win 172 from Dallas, TX. In the main event, two-time ADCC champion Yuri Simoes snapped a losing streak to defeat Devhonte Johnson. And in the co-main event, Oliver Taza bested Jaime Canuto by decision.

Yuri Simoes didn’t put on the most spectacular performance of his career in the main event, but he did do enough to get the decision win over Unity Jiu-Jitsu’s Devhonte Johnson. Simoes and Johnson spent most of the match pushing and pulling on the feet, but Simoes briefly secured Johnson’s back with just under three minutes remaining. Johnson quickly escaped, but found no success on the feet. With less than a minute remaining, he pulled guard, only to see Simoes pass in the closing seconds. The win snapped Simoes’ four-match losing streak.

In the co-main event, Danaher Death Squad representative Oliver Taza used his ever-improving wrestling game, leg attacks, and a last-second heel hook attempt to earn a close decision over Jaime Canuto. Although Canuto scored a mid-match guard pass, he was unable to do much with it and otherwise found himself on the defensive for the majority of the contest.

With the win, Taza creates a two-match win streak for himself following his win over Jonatha Alves at Who’s Number One.

View the full Fight to Win 172 results and highlights below.