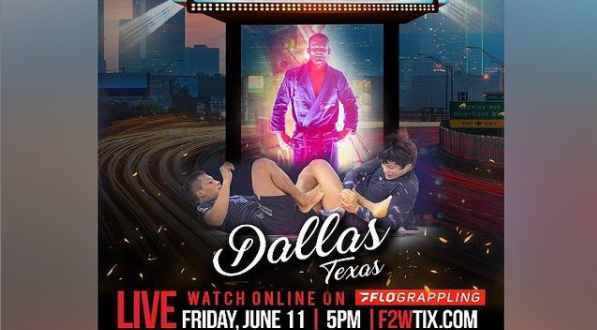 On Friday, June 11, Fight to Win returns to action in Dallas, TX for the second consecutive week. In the main event of Fight to Win 173, veteran black belt competitor Paulo Miyao will take on Lucas Pinheiro. Lower on the card, Miyao’s twin brother Joao is also in action, as well as an intriguing match between Kendall Reusing and Talita Nogueira. Check out the full line-up, preview, and betting lines for Fight to Win 173 below.

An elite black belt for over six years, Paulo Miyao is coming off a gold medal performance at the IBJJF no-gi Pans. A multiple-time world and Pans champion, Miyao will look to use his trademark berimbolo game against Lucas Pinheiro’s excellent pressure passing game. Pinheiro had a great 2020, winning the gi and no-gi Pans. He is coming off a submission loss to Mikey Musumeci at Who’s Number One.

In the co-main event, Gracie Barra representative Kendall Reusing will aim to follow up a gold medal performance at the 2021 no-gi Pans with a victory over Talita Nogueira. Nogueira is an accomplished competitor (she won an IBJJF world championship in 2011), but has put much of her focus lately into her MMA career. Reusing is the younger, larger, and more active competitor here; look for her to impose her top-tier wrestling game and control the pace against Nogueira.

Finally, Joao Miyao will square off with Pedro Dias. Like his brother, Joao Miyao is an incredibly accomplished competitor; he is a four-time no-gi world champion. The pair have met once before in competition, with Miyao earning the win by an advantage.

How to watch: Fight to Win 173 takes place on Friday, June 11 and will air live on FloGrappling (subscription required).