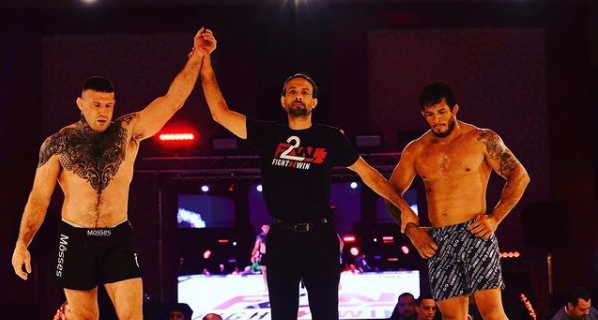 Lucas Barbosa was never able to get his trademark guard passing game going against Tex Johnson, who pulled guard immediately and spent essentially the entire match attacking from his back. After a quick attempt to enter on Barbosa’s legs, Johnson settled for closed guard where he kept Barbosa for several minutes. In the final seconds of the match, Barbosa attempted an ill-advised guard pass, which Johnson countered with a deep heel hook attempt, securing him the judges’ decision.

Raquel Canuto put on an impressive performance from start to finish in the co-main event against Amanda Alequin. After Alequin sat to her guard, Canuto immediately applied pressure and passed to a mount briefly, then to an inverted triangle from top position. Canuto refused to give up the dominant position and continued to attack from the inverted triangle for several minutes before she was finally able to get the tap.