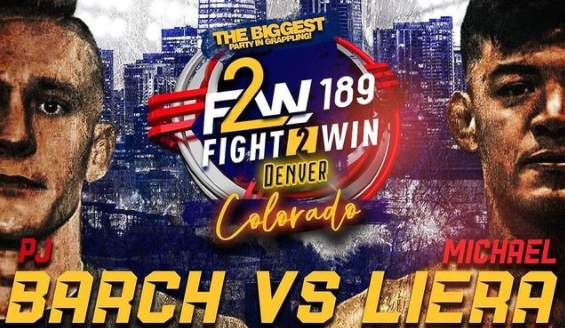 View the full Fight To Win 189 line-up and betting lines below.

PJ Barch is a veteran of the high-level no-gi and submission-only competition scene. Earlier this year, he impressed fans by winning the Emerald City Invitational with four submission victories in as many matches in a single night. He comes into this match against Lieira following a strong performance at the ADCC East Coast Trials; he won five matches before losing to eventual champion Kade Ruotolo, then Kody Steele in the third-place match.

Although Michael Liera Jr.’s biggest career accomplishments came in the gi, he is no stranger to no-gi and submission-only competition. Liera won the IBJJF European Open in 2016 and the Pans in 2018, and he holds notable wins over Jonatha Alves, Marcio Andre, and Renato Canuto. Liera has competed frequently on the Fight To Win Stage, most recently earning a decision win over Jackson Nagai at Fight To Win 183.

How to watch: Fight To Win 189 will take place on Friday, December 3 and will air live on FloGrappling (subscription required).