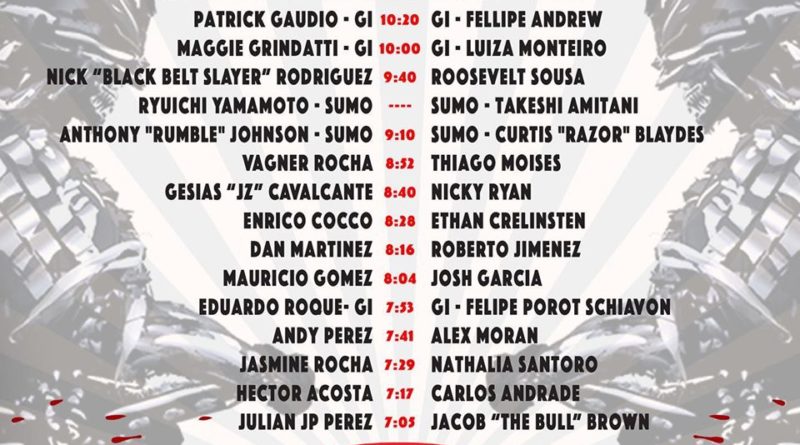 The SubStars at the Fillmore card for the 21st of February has had a flurry of last-minute changes to the line-up, click here for our full preview. This is also part of a stacked weekend of grappling with the Artista Invitational 2 and Chael Sonnen’s Submission Underground 11 also taking place.

Garry Tonon unfortunately had to pull out of his headline bout with Dustin Poirier following a nasty cut sustained in training. SubStars has also announced that Keenan Cornelius has also been pulled from the card following a knee injury. He is replaced by Fellipe Andrew who recently submitted Keenan at Europeans becoming the first man to submit the lapel wizard at black belt in the gi.

Following the loss the headline match between Tonon and Poirier, Gordon Ryan vs Tex Johnson has been promoted to the main event of the card. Cyborg vs Lovato Jr is slated to deliver in the co-main. The five matches at the top of the card will be contested over 10 minutes in a sub-only format, with unlimited 2-minute golden score rounds to determine a winner in the event of a draw in regulation. They include:

The remainder of the card will be a 6-minute sub-only regulation period, with three 2-minute golden score rounds to determine a winner in the event of a draw in regulation. They include:

So far there have been no reported changes to the celebrity sumo bouts – here’s hoping those matches stay intact!

This event is available on Pay-Per-View.

Or for tickets to the live event, click here.