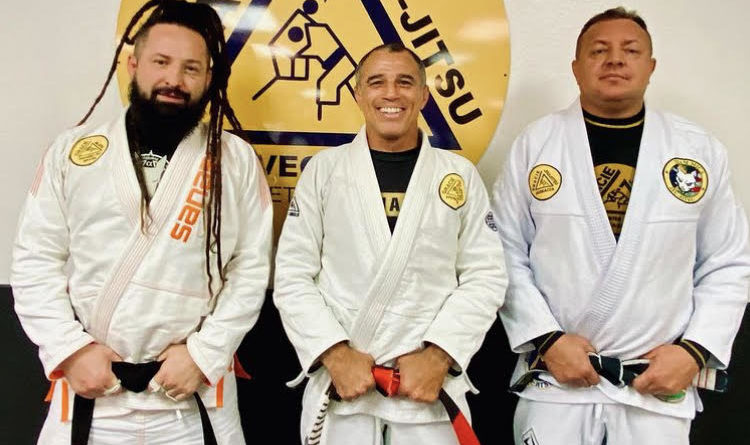 Another celebrity is now a BJJ black belt. Over the weekend, Zoltan Bathory, the founder and guitarist of the metal band Five Finger Death Punch, was awarded his black belt in Brazilian jiu-jitsu in a ceremony involving Royler Gracie.

“It took 13 years hard work (& some fat lips and some black eyes) to get ready for the shark infested waters of Jiu-Jitsu blackbelts…” he wrote on Instagram. “[A]nd It gets much much much harder from here.”

Bathory is now a Gracie Humaita black belt under Amilcar Cipili and jiu-jitsu legend Royler Gracie, and his partner is Heather Grace Gracie, the granddaughter of Carlos Gracie. Bathory is also a black belt in judo. Bathory’s promotion isn’t some sort of celebrity gift promotion; the rock star has competed and even succeeded in high-level grappling.

Formed and founded by Bathory in 2005, Five Finger Death Punch is one of the most successful heavy metal bands of the past 15 years. The group has released numerous certified platinum albums, played music festivals worldwide, and continues to tour and produce music today.