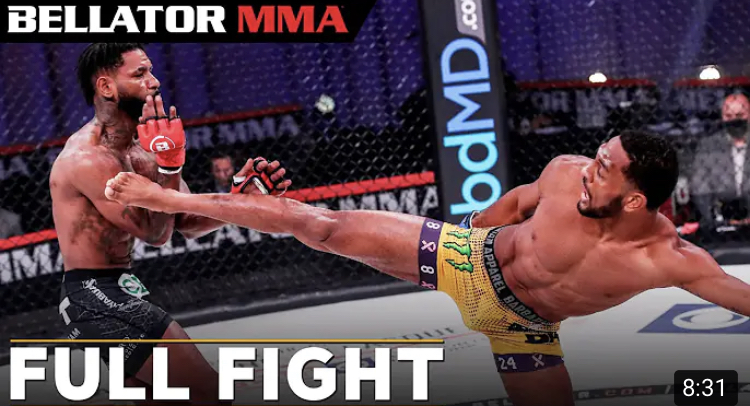 AJ McKee might be the best young talent in all of MMA. When he squared off with former Bellator bantamweight champion Darrion Caldwell in the semifinals of the Bellator Featherweight Grand Prix, he put that reputation and his perfect 16-0 record on the line. Not only did McKee walk away with the victory, but also the 2020 submission of the year.

Bellator MMA has now released the full McKee vs. Caldwell fight for free on YouTube.

The win was the biggest of McKee’s career, as it secured him a spot in the featherweight grand prix finals where he’ll fight for the title and a million-dollar purse. Moreover, the fight and how it was finished established McKee as one of the smoothest and most creative technicians on the mat.

Whether you call it a neck crank or a “McKee-otine,” the submission was a thing of beauty. After punishing Caldwell with elbows from his back, Caldwell buried his head. In response, McKee reached over Caldwell’s head and under his shoulder, similar to a “100% sweep.” But rather than sweeping, McKee tightened a body triangle and cranked until Caldwell was forced to tap.