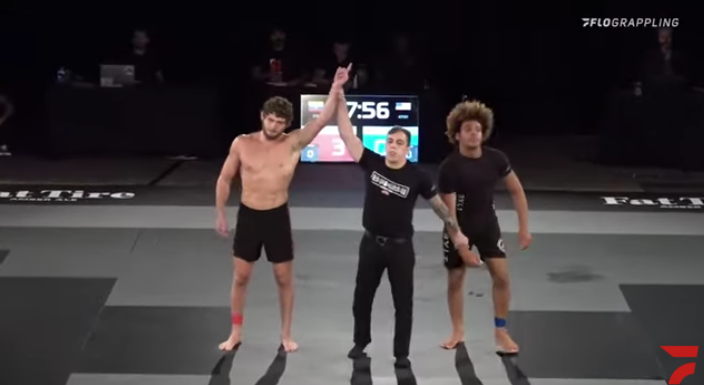 When Kade Ruotolo stepped in for an injured Andrew Wiltse to face Roberto Jimenez at The Road to ADCC, fans knew they were in for fireworks. Two of grappling’s consensus most entertaining competitors, Ruotolo and Jimenez seemed destined to put on a show, and they delivered just that. FloGrappling has released that entire match for free on YouTube; watch it below.

From a wild exchange just two minutes into the match until Jimenez eventually secured the rear-naked choke with eight minutes remaining, Ruotolo and Jimenez engaged constant scrambles, position changes, and near submissions. Ruotolo — giving up substantial size to Jimenez — acquitted himself well in defeat, as he nearly secured a triangle armbar early in the match and continued to threaten throughout.

More than just an entertaining grappler, Roberto Jimenez is an elite and accomplished competitor. He came into this match following a third-place performance at the Submission Underground absolute tournament. He is scheduled to compete on behalf of Team USA at Polaris Squads in August.