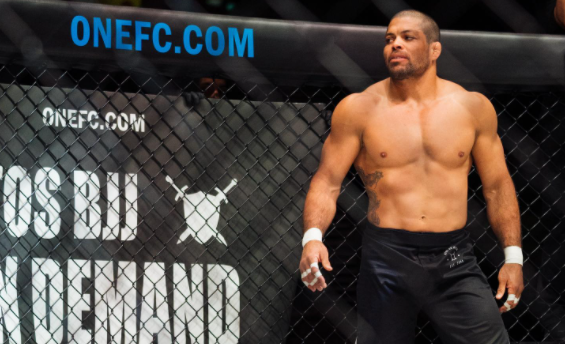 Two of submission grappling’s top competitors made their promotional debuts at ONE Championship: ONE X. Four-time ADCC superfight champion Andre Galvao returned to competition for the first time since 2019 to take on Reinier De Ridder — the current ONE Championship middleweight and light heavyweight champion with a perfect professional MMA record. Also in action was top black belt Danielle Kelly, as she faced accomplished MMA veteran Mei Yamaguchi.

In what was the first ever female submission grappling match at ONE Championship, Kelly largely dominated Yamaguchi but was unable to secure the submission. Kelly attacked from her closed guard for much of the early going, but after Yamaguchi was given a yellow card for stalling, the grapplers returned to their feet. Kelly quickly sat guard but was able to sweep to top position. Eventually, Kelly achieved a deep leg entanglement and threatened toe holds and knee bars for most of the final minutes.

Although Kelly dominated in terms of position and submission attacks, because there was no submission, the match was declared a draw.

Watch the full match between Danielle Kelly and Mei Yamaguchi below.

Galvao looked to be in peak physical condition and was plenty able to grapple at a high pace for the entire 12-minute match against De Ridder. Through the first several minutes of the match, Galvao did his best work pulling to guard where he would either use an arm drag to attack De Ridder’s back, or attempt to enter a leg locking position. But with about four minutes remaining, Galvao secured a clean takedown of his own and spent the remainder of the match on top, passing De Ridder’s guard while hunting submissions. Like Kelly, though, Galvao was ultimately unable to get a tap and the match was declared a draw.

For Galvao, this was the first of what could be several matches as he prepares for a highly-anticipated ADCC superfight against Gordon Ryan later this year.

Watch the full match between Andre Galvao and Reinier De Ridder below.