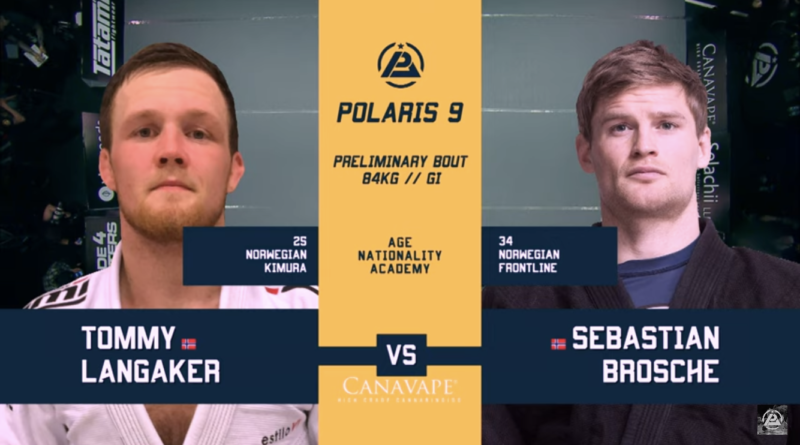 Gi jiu-jitsu has a reputation for producing slow, tedious matches that are decided by minor positional advantages. But when Tommy Langaker and Sebastian Broche met at Polaris 9 in 2019, their match was anything but slow and tedious. Polaris has now released the incredibly entertaining match between Langaker and Broche for fans to enjoy.

If fans are unfamiliar with Langaker and his game, this is a perfect primer. He is a 2020 IBJJF European Open champion with one of the most aggressive and dangerous guards in all of jiu-jitsu. In his match with Broche, that guard was on full display as he used sweeps, berimbolo back takes, triangles and omoplatas from his back.

We are even treated to glimpses of Langaker’s guard passing game. At one point, he inverts in top position to move directly to mount.

Since Polaris 9, Langaker has established himself as one of the best international black belt competitors in the world. He holds wins over UFC title challenger Gilbert Burns, Ronaldo Junior, and Marcos Tinoco.

Although less accomplished on paper, Brosche was certainly no pushover. Known for his flexibility and Yoga for BJJ program, Brosche was an IBJJF weight and absolute champion as a purple belt.