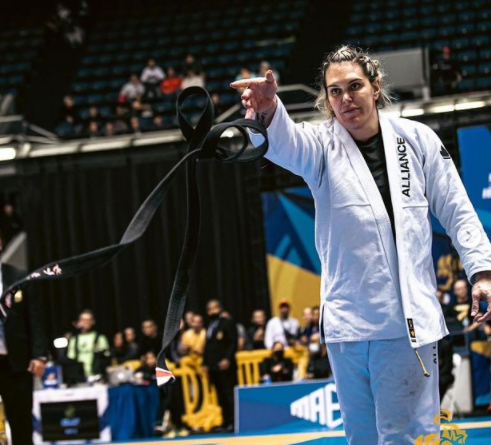 X6 IBJJF black belt world champion Gabi Garcia has announced the news that she will be officially retiring from IBJJF competition.

The decision came about at the IBJJF 2021 Worlds. The champion has lived an epic career in the sport, and has made a lasting impression on all involved in BJJ; from her being a part of the IBJJF Hall of Fame to the tease of fighting Craig Jones, Gabi has kept the BJJ world interesting to say the least. However this isn’t the be all and end all – after looking through the comments – we can confirm that Gabi will still be competing No-Gi, and will be fighting at ADCC.

IBJJF posted to their instagram, @ibjjf “We would like to congratulate x6 world champion and hall of fame member Gabi Garcia on an amazing career in IBJJF competition. Thank you for all of the memories!” to which Gabi reposted.

As for the reasoning? Nothing has really been said as such, but Gabi has put up a some good fights throughout her entire career. Not only is Gabi a x6 IBJJF World Champion, Gabi has won x9 world titles, x11 Pan-American titles, x4 ADCC titles and x8 world champion pro titles, as well as holding an MMA record of 6-0. Commenting on IBJJF’s post about her, she states she wants to start focusing on her MMA career and ADCC.

So if Gabi isn’t fully retired from BJJ competition, does that mean that we will eventually see the Gabi Garcia Vs Craig Jones fight we’ve all been waiting for?