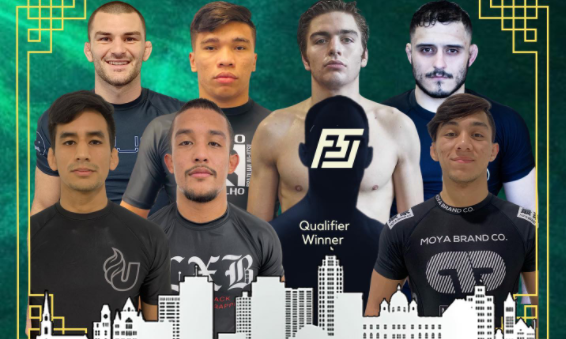 On March 12, the Emerald City Invitational (ECI) will return for its first event of the year. Recently, the promotion announced the additions of Gabriel Sousa, Damien Anderson, Pedro Serrano, and Jon Calestine to the upcoming 155-pound ECI.

Unlike previous events which featured a 16-man EBI-rules bracket, the upcoming card will feature an eight-man bracket loaded with some of the best no-gi grapplers in the world. All matches will continue to be conducted under the EBI ruleset.

An entertaining, ultra-aggressive guard passer, ZR Team’s Gabriel Sousa was one of the sport’s most active high-level competitors in 2021. He competed at the 145-pound ECI last year, losing by submission to fellow ECI 155-pound tournament competitor Damien Anderson in the second round. Sousa holds a notable 2021 submission win over Mikey Musumeci.

Serrano has not competed much since receiving his black belt from Romulo Barral in December 2019. He was an accomplished competitor in the colored belts, winning the 2019 no-gi Worlds at brown belt.

Calestine was a 2018 EBI tournament winner, and he’ll look to put that experience to good use in the same format at ECI. He is a leg lock specialist, and recently put on a good showing at the ADCC East Coast Trials where he lost a close match to eventual champion Cole Abate.

Formerly of the Danaher Death Squad and now The B-Team, Anderson impressed at the 145-pound ECI with a submission win over Gabriel Sousa. A fast-rising no-gi specialist with excellent leg locks and back-takes, Anderson also holds a notable win over no-gi world champion Estevan Martinez.

How to watch: The Emerald City Invitational 155-pound tournament takes place on Saturday, March 12, and will air live on FloGrappling (subscription required).