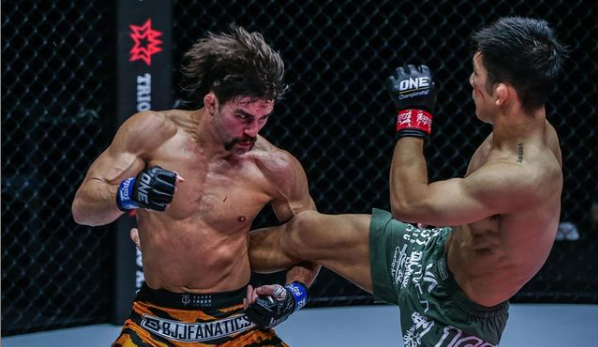 Garry Tonon will have to wait just a bit longer for his much-anticipated title shot against ONE Championship lightweight champion Thanh Le. The promotion’s ten-year anniversary event, ONE: X, has been postponed until 2022, ONE Championship CEO Chatri Sityodtong announced via Facebook. The event was originally slated for December 5 in Singapore.

“Due to the record high viral outbreak in Singapore, ONE: X will now take place early next year instead of December 5,” Sityodtong wrote on Wednesday. “The Singapore Government continues to do an extraordinary job in managing the situation for the country. I am full of gratitude and appreciation for its incredible leadership and excellence. Please note that our regular shows for November and December are expected to continue as per usual. It is a tricky time for everyone in Singapore, but I am confident that we will all get through these times by working together with compassion, resilience, creativity, and patience. Majulah Singapura!”

The Singapore government announced on Monday that, due to surging cases of COVID-19, the public ICU beds are currently at over 80% capacity.

Garry Tonon is one of the best representatives of jiu-jitsu currently competing in MMA. A multiple time EBI champion and ADCC bronze medalist, Tonon, along with teammates Gordon Ryan and Eddie Cummings, was at the forefront of the modern submission-only no-gi movement. Although he still competes occasionally in grappling, Tonon began his professional MMA career in 2018 and has racked up six wins and no losses since then, with all of his fights taking place under the ONE Championship banner.

Tonon’s scheduled title fight against Le was to be his first bout since a December 2020 decision win over Koyomi Matsushima.