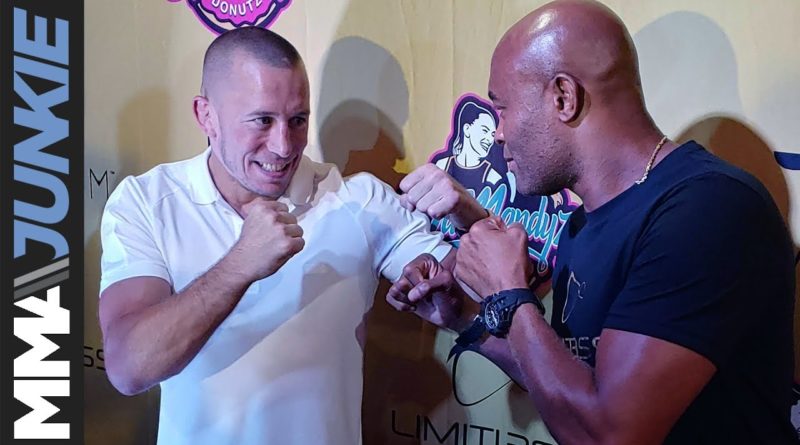 There’s something iconic about ADCC super fights and since Mo Jassim has been organizing this event, it was always expected that he would try to book something big. Jassim had previously been the man behind Gordon Ryan’s super fights with Keenan Cornelius and Felipe Pena, but this time he tried to get MMA greats onto the mats.

In his appearance on the Matburn podcast, Jassim let slip that he tried to convince Khabib Nurmagomedov to compete at the show, but the Dagestani turned him down. Former UFC champion Luke Rockhold was actually scheduled to compete in the -99kg division but had to pull out due to injury.

The most interesting tidbit revealed by Jassim was that he tried to book Georges St-Pierre vs. Anderson Silva and it is believed that the match was close to being finalized.

While there is no UFC super fight scheduled, ADCC will feature the biggest super fight of all-time as Andre Galvao meets Felipe Pena.

Buzzing with excitement for ADCC? Check out my interview with 66KG darkhorse Tom Halpin here, or this awesome interview with Mo Jassim, the man behind ADCC 2019 here.

admin has 95 posts and counting. See all posts by admin