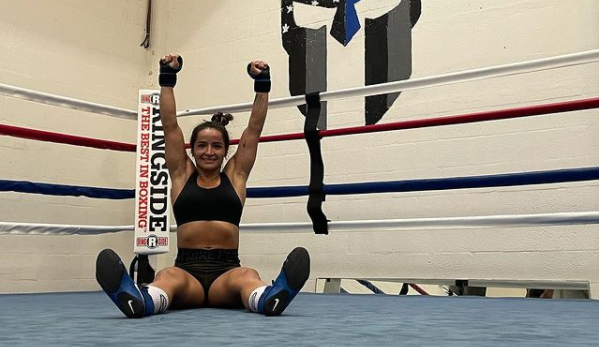 One of jiu-jitsu’s most accomplished active competitors is set to make her MMA debut in July. Multiple-time IBJJF world champion Talita Alencar will compete in MMA for the first time when she meets Staci Vega in a strawweight bout at Titan FC 70 on Friday, July 2.

Alencar “is posed for a breakout performance and her opportunity to be the transcendent WMMA star on the global stage,” said Titan FC COO Lex McMahon via a press release.

Alencar’s opponent, Staci Vega, sports a 0-1-1 professional record and an abysmal 0-6 amateur record. She has not fought since a November 2019 draw against Randee Morales.

Given her prodigious accomplishments in jiu-jitsu, Talita Alencar is immediately one of MMA’s top prospects. As a black belt, she is a two-time IBJJF no-gi world champion, a one-time gi world champion, a gi and no-gi Pans champion, and a no-gi European Open champion. Alencar is an aggressive and fun grappler to watch; she won an incredibly fun match earlier this year against Gabi McComb to retain her Fight to Win flyweight title.

Ben Coate has 839 posts and counting. See all posts by Ben Coate