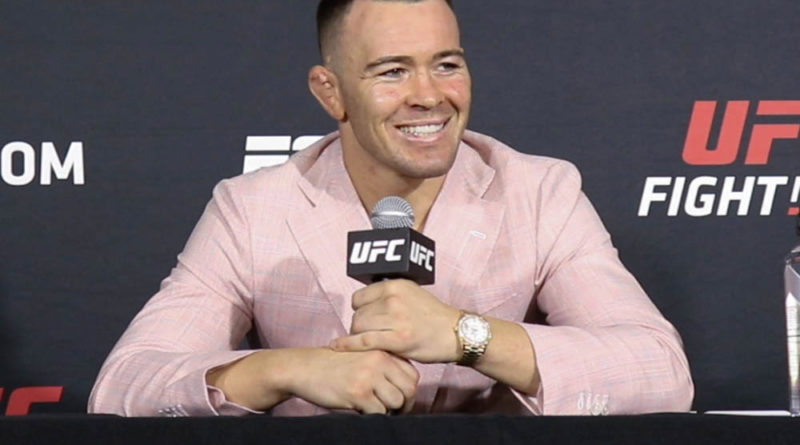 Last night, Sep 19th, Colby Covington dismantled former title holder Tyron Woodley at UFC Fight Night. In a post fight interview, Covington credited his team for his performance then said he would put down money on his coach against any Jiu Jitsu competitor in the world. His coach is Daniel Valverde, who is a world champ in Jiu Jitsu and ADCC vet.

“Daniel Valverde… that guy is the best Judo and Jiu Jitsu player in the world.

I’ll put him up against anybody in the world in Jiu Jitsu. I’ll put a hundred grand on it and he’ll go against any Jiu Jitsu guy and I’ll guarantee he smokes them.”

Of course, Gordon Ryan jumped at the opportunity. He answered the call by posting a clip of Covington’s interview on Instagram with the following response:

“Colby I like you but free money is free money. I’ll put 200 against your hundred in a no gi, no time limit match. I have it ready to transfer to a third party account today. Congrats on the win by the way. Let me know.”

If that wasn’t enough to stir the pot, ADCC organizer Mo Jassim threw money onto the table by betting in favor of Ryan. “I’ll put 250k if my fighter loses and I get 100k if mine wins in a grappling match.”

Now it’s up to Covington if he wants a crack at $450k. Ryan has been itching to make a bet with the best guys in the world. Recently, he bet $1 million dollars to Andre Galvao. Galvao, loosely agreed to the deal but it will likely not take place. None of Ryan’s attempts have materialized but can he coax one of MMA’s most controversial fighters into making this one happen?