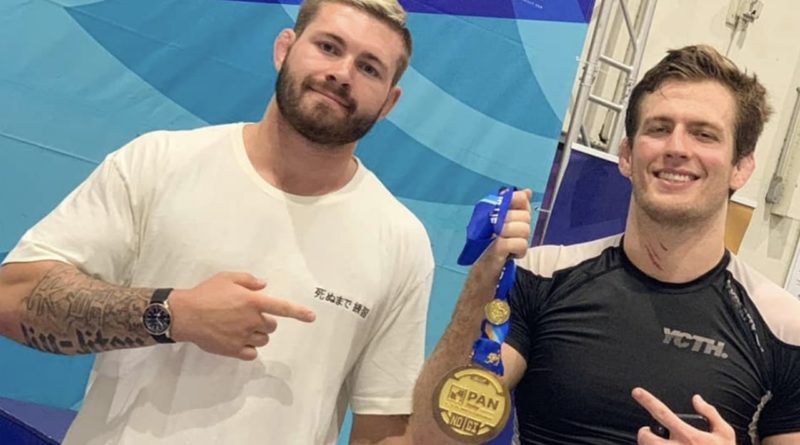 The above video was taken by Gordon Ryan and comes courtesy of his official Instagram page, in it he explains the source of his recent beef with Keenan Cornelius. The public feud between the pair was a little surprising to begin with, given that they’ve faced each other twice in the past and never seemed to hold any bad blood over their matches. Compound that with the fact that Keenan Cornelius was known to be training over at Renzo Gracie’s in New York after his split with Andre Galvao and ATOS, because he needed high-level in training in the build up to ADCC 2019, although he would eventually be forced to withdraw from the tournament due to an eye infection.

Shortly before he dropped out of ADCC, Keenan Cornelius even went on record attributing his success at the No Gi Pan Ams in 2019 to his time training with the Danaher Death Squad in New York, where Gordon Ryan is the only senior member in the same weightclass. Since then, Cornelius has opened up his new gym in San Diego, Legion Jiu-Jitsu and struck out on his own as an academy owner. A lot of Ryan’s points stem from this time period and show that this is where their recent fallout seems to have started.

Ryan claims that Cornelius actually tried to get all of the Danaher Death Squad removed from ADCC 2019 due to the eye infection that went around and that Cornelius ended up contracting. He also claims that there are reasons behind Cornelius repeatedly moving teams that are not known to the general public and a part of this is that Cornelius apparently betrays people and talks about them behind their back. Ryan also claims that he picked up a few techniques from Renzo Gracie’s New York and now teaches them as his own and charges money for it.

While most of these claims are unsubstantiated right now, it’ll certainly be interesting to see where this feud goes next and what Cornelius has to say about this.