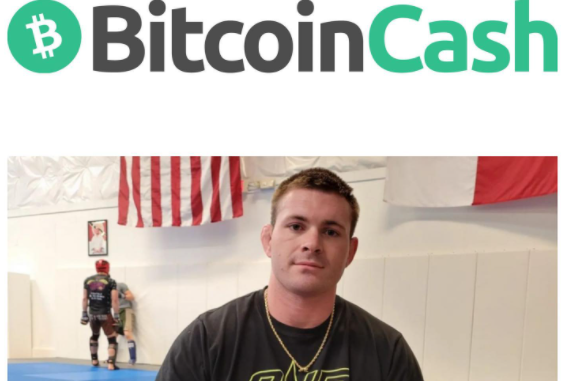 The 2022 ADCC World Championships are shaping up to be the biggest event in grappling history, in more than one way. The ADCC superfight between rivals Gordon Ryan and Andre Galvao, with its years of building tension and animosity, is arguably the most anticipated match ever. With it comes the biggest ADCC purses ever. Adding to that purse, Gordon Ryan has now been sponsored by the cryptocurrency Bitcoin Cash for $100,000.

In addition to the superfight against Galvao, Ryan will also be competing in the 99+ kg. weight division.

The rivalry between Galvao and Ryan has been simmering for years. Following his fourth consecutive ADCC superfight win at the 2019 ADCC Championships, Galvao announced his retirement from competition. Ryan won double gold at that same event and has looked nothing short of dominant since then, building anticipation for a Galvao/Ryan superfight.

Adding to that anticipation was a war of words on social media that lasted months, with Ryan trying to prod Galvao out of retirement. That war of words culminated in an altercation between Galvao and Ryan in which Ryan slapped Galvao. In May 2021, Ryan announced an indefinite leave of absence from competition, citing ongoing health concerns.

Shortly thereafter, it was announced that Galvao had accepted the 2022 ADCC superfight, and he had accepted it before Ryan had announced his break from competition. The feud has since calmed down, but now that the match is official, fans can expect things to quickly heat back up over the course of the next several months.