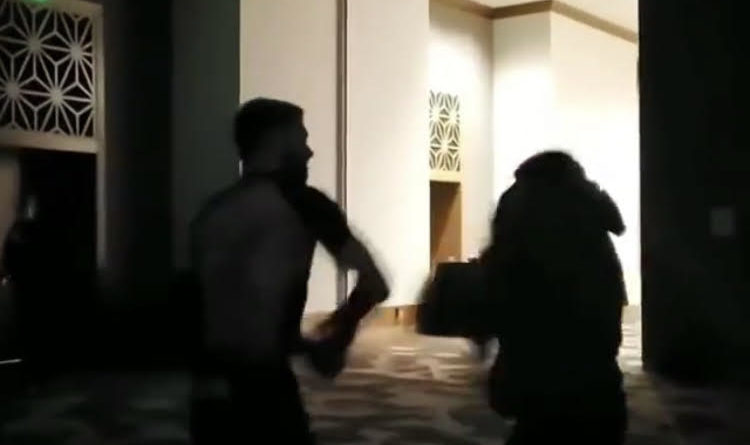 We are now a couple months removed from the slap heard around the world — when Gordon Ryan slapped Andre Galvao backstage at a February Who’s Number One event. On a recent appearance of MMAFighting’s “What the Heck,” Ryan gave his side of the altercation, and talked about his potential transition to MMA.

According to Ryan, Galvao instigated the altercation when he approached Ryan, swearing at him. Ryan feels his response — a slap caught on camera — was called for.

“[Galvao] started walking towards me and he was like, ‘why are you running away?’… I’m just assuming there’s gonna be a fist fight, so I was like alright, let me start the fist fight with a smack and see how he responds,” Ryan said.

Ryan said that Galvao was giving every signal he was ready for a fight, so the slap in return was perfectly appropriate.

“I feel that was an appropriate response,” he said. “It was just enough to send a message that you can’t just bully me around.”

Ryan was recently signed to ONE Championship to compete in grappling, and says that Galvao was offered a match with him in ONE, but Galvao declined.

“After the whole Andre Galvao incident, they asked him, and of course he said no.”

Ryan also discusses his potential transition to MMA. Although he certainly has interest in competing in MMA, he won’t do so before he’s accomplished everything he wants to in grappling, including another dominant performance at the 2022 ADCCs.

Gordon Ryan is one of the most accomplished no-gi grapplers ever and the current top pound-for-pound grappler in the world. He is a three-time ADCC gold medalist and is coming off a dominant submission win over Vagner Rocha at the last Who’s Number One. Ryan does not yet have a return date to competition, and says that he expects ONE Championship to have trouble finding him opponents in grappling.