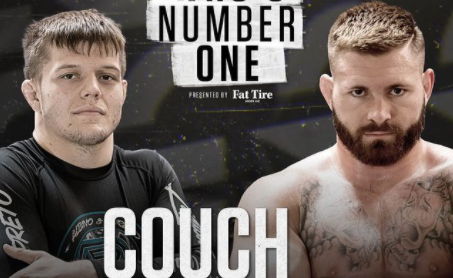 Multiple-time ADCC champion Gordon Ryan is making his much anticipated return to competition. On Friday, March 25, Ryan will step in for his injured younger brother, Nicky Ryan, to face Jacob “The Hillbilly Hammer” Couch at Who’s Number One (WNO).

For fans of Nicky Ryan, this is rough news. He has not competed since sustaining a serious knee injury in his Road to ADCC bout against Dante Leon in the summer of 2021. Ryan posted on social media that this injury withdrawal was due to knee issues.

Gordon Ryan was forced out of competition for much of 2021 due to ongoing stomach and health issues. In October, he competed in an exhibition match against current UFC welterweight Phillip Rowe. Prior to that, he secured submission wins in each of his four previous WNO matches.

This will be the biggest opportunity of Couch’s career so far. A brown belt under Heath Pedigo of Pedigo Submission Fighting (AKA Daisy Fresh), Couch is a dangerous leg locker with an underrated closed guard. In his most recent WNO performance, Couch submitted David Garmo with an inside heel hook.

Couch was originally slated to compete against Nicky Ryan at middleweight, so he will likely be giving up serious size against the reigning ADCC 99 kg. and absolute champion. Still, Couch has played the part of underdog spoiler before; at the WNO championships he defeated elite black belt competitors Roberto Jimenez and William Tackett.

How to watch: Who’s Number One takes place on Friday, March 25, and will air live on FloGrappling (subscription required).