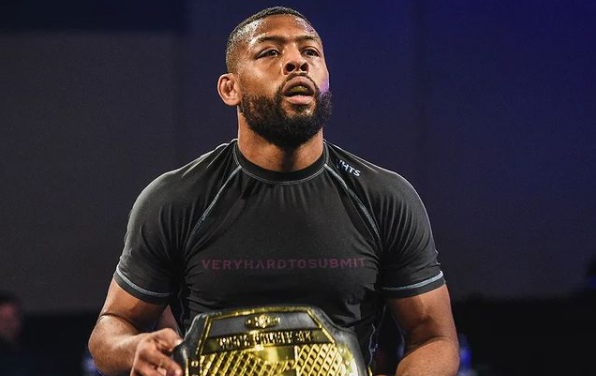 At the Who’s Number One (WNO) Championships, Tim Spriggs shocked the jiu-jitsu world when he defeated Haisam Rida, Tex Johnson, and — in one of the biggest upsets in recent memory — Kaynan Duarte to capture the WNO heavyweight title. Following his championship performance, Spriggs hinted at a potential match-up with Gordon Ryan, who is currently slated to face UFC welterweight Philip Rowe in an exhibition grappling match in October.

On Thursday, Spriggs asked for a match with either Ryan or ADCC superfight champion Andre Galvao. Ryan, in turn, responded and Spriggs responded to that.

I came into @flograppling Who’s Number One unranked and the underdog (+4000 to be exact) and came out with the GOLD. I beat 3 top ten opponents and submitted 2 of them including the #1 ranked grappler in the world.

At this point I’m content with everything I’ve done in my career. If I never have another match I can say that I left the game on top. However, there’s two matches that I want before I hang it up: @galvaobjj and @gordonlovesjiujitsu

Judging by Andre’s inactivity and Gordon’s dubious choice in opponents I won’t get my hopes up too high. But as this past weekend has shown me, ANYTHING IS POSSIBLE!

Below is Ryan’s response, in which he calls Spriggs a “failed athlete turned failed podcaster.” Importantly, Ryan agrees to face Spriggs once he is healthy. Earlier this year, Ryan announced an indefinite leave of absence from competition due to ongoing health concerns.

Spriggs then fired back, pointing out that Ryan had previously referred Spriggs as a “hobbyist,” but also seemingly considers Spriggs to be high level competition. Additionally, Spriggs takes a jab at Ryan for no longer competing in the gi.

At this point, all signs point toward a Spriggs/Ryan match happening in the near future, likely for the WNO heavyweight championship. And if past experience is any indication, Ryan is unlikely to slow down the trash talk any time soon.