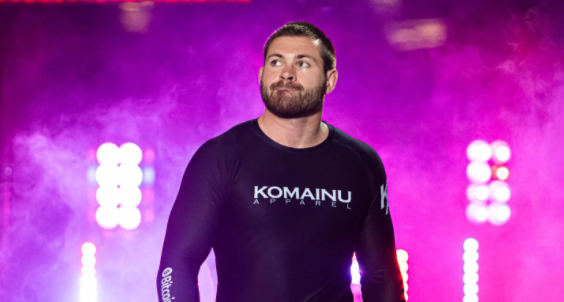 FloGrappling has announced a pair of matches for Gordon Ryan this summer.

Gordon Ryan’s return from chronic health issues is now in full swing. On Friday, FloGrappling announced that the ADCC absolute champion has booked his next two matches. On Friday, July 15, Ryan will face current Who’s Number One (WNO) light heavyweight champion Pedro Marinho, and on Sunday, August 7, Ryan will face rival Felipe Pena in a no time limit, submission-only match, also at WNO.

(Although Ryan states in the video above that he’ll face Marinho on July 14, FloGrappling clarifies that event is slated for July 15).

Ryan and Marinho have squared off once before, with Ryan submitting Marinho by heel hook. Marinho has been on a tear since then, though, winning double gold at the IBJJF no-gi worlds. Marinho captured the WNO title earlier this year with a decision win over ADCC silver medalist Craig Jones.

Ryan’s next match, in August, will give him the opportunity to face the man who accounts for two of Ryan’s five career losses in professional grappling. Felipe Pena first defeated Ryan in 2016, submitting him after about 45 minutes. The pair squared off again in the finals of the absolute division of the 2017 ADCC World Championships where Pena won on points.

Ryan and Pena have been trading insults on social media for the past few years; their match-up at WNO will be one of the most anticipated of the year and could set the stage for an even more anticipated showdown at the ADCC World Championships in September.

How to watch: Who’s Number One airs live on FloGrappling (subscription required).