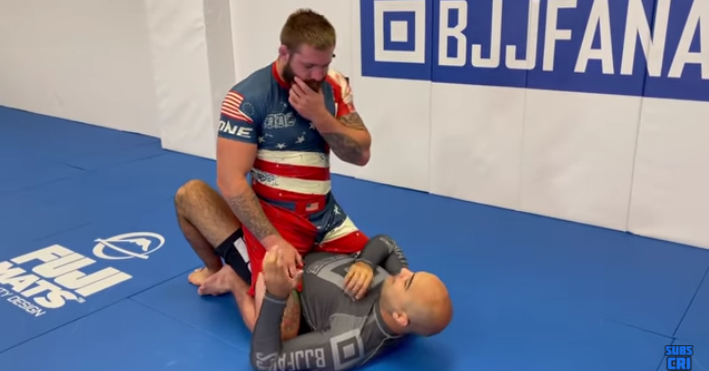 Top pound-for-pound no-gi grappler Gordon Ryan has put out some of the most sought after instructionals in jiu-jitsu. His most recent instructional deals with attack from mount, a position that Ryan has used to great success in competition, particularly recently. As a part of the release of that instruction, Ryan sat down with BJJ Fanatics head Bernardo Faria to describe his approach to attacking from mount.

Ryan’s approach to mount is based on the submission-only ruleset in which he regularly competes. In that ruleset, the bottom grappler has little incentive to expose himself by trying to escape mount, and will simply stay defensive. In response, Ryan has developed system of attacks that isolate a defensive grappler’s limbs, forcing him into submission dilemmas.

“Instead of spending the energy and overextending and getting their back taken or getting submitted, they’re just gonna shell up, they’re gonna bring their elbows in,” Ryan explained. “Now their goal is not to escape but just not to get submitted. So rather than using an opportunistic approach to attack our opponent, we’re going to use a very deliberate and systematic approach.”

“The beauty of this is that I can go in either direction… If I go to one side and Bernardo tries to bridge to bring his hand back, he over-commits and now I can pin his hand to the floor,” he said.