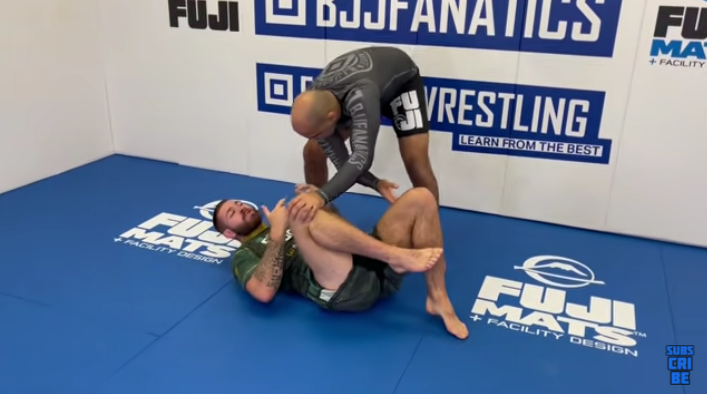 Current no-gi pound-for-pound king Gordon Ryan‘s newest instructional will cover all the ins and outs of guard retention for no-gi jiu-jitsu. In a recent video with BJJFanatics headman Bernardo Faria, Ryan explains his approach to perfect guard retention and shows how to defend against two of the most common guard passes. Even in just 10 minutes, the knowledge Ryan shares can changer your game.

As he points out, addressing every single possible guard pass from every position is nearly impossible. Instead, Ryan divides guard passes into two general categories — loose and tight — and tailors his goals for guard retention from that point. For loose passes like the torreando, Ryan’s goal is to keep his opponent in front of his legs while maintaining as many points of contact as possible. For tight passing like a pressure-based knee slice, Ryan focuses on stopping his opponent from gaining head control.

Gordon Ryan is widely considered the best submission grappler in the world, and for that reason, he is an incredibly sought-after instructor. He has a well-rounded game that includes leg locks, guard passes and back-takes, but so much of his success starts with his impenetrable guard and perfect guard retention.

Ryan last competed at Who’s Number One in March when he dominated and submitted Vagner Rocha. Prior to that, he submitted Roberto Jimenez at another Who’s Number One event. Ryan hasn’t lost a match in competition since a 2018 loss on points to Vinny Magalhaes.