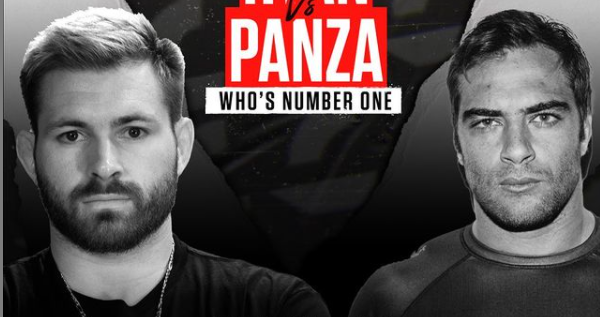 The world’s top pound-for-pound no-gi grappler will return to action in less than a month. At Friday’s Who’s Number One (WNO) event, FloGrappling announced that Gordon Ryan will compete at the next WNO against Luiz Panza. The event is scheduled for May 28.

A long-time respected competitor and a primary training partner to Marcus “Buchecha” Almeida, Luiz Panza is a Checkmat representative. He was a 2016 no-gi world champion and a 2013 no-gi Pans double champion. Panza is best known for his leg-locks, in particular his straight ankle lock from the 50/50. The vast majority of his competition experience has been in either IBJJF tournaments or under IBJJF-like rulesets.

Panza most recently competed at BJJ Stars 5 where he was submitted in a gi match against Felipe Pena.

Gordon Ryan has been nothing short of dominant in competition for the past several years. He has competed twice in 2021, submitting Roberto Jimenez and Vagner Rocha at WNO events.

The match-up came as a surprise to many. Although Panza is a long-time black belt competitor, he is entirely new to the no-gi submission-only scene, and doesn’t have any recent notable wins over elite heavyweights. Importantly, Panza’s leg lock game has developed under IBJJF rulesets with no heel hooks, so it’s difficult to see him having success with his best attacks against Ryan.

However, at the very least, Panza is a heavyweight and should be able to physically compete with Ryan. Whether he can put Ryan on the defensive, though, is yet to be seen.