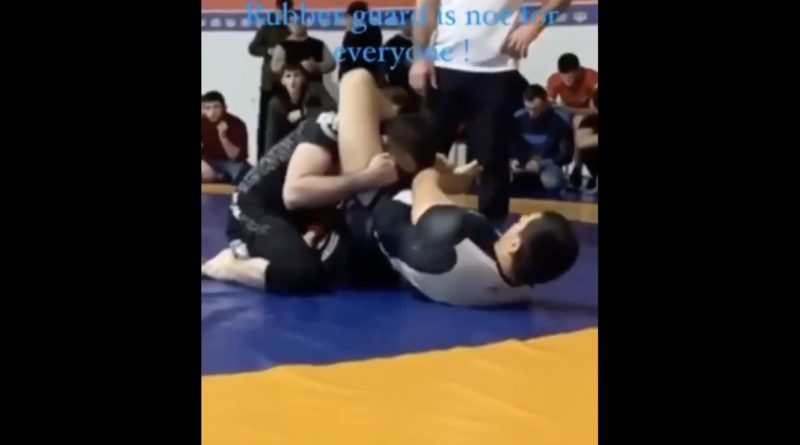 A word to the wise: leg locking yourself is never a good idea. A new viral video is making the rounds on the internet that drives that point home in an incredibly painful way. In case it isn’t obvious, the video isn’t for the squeamish.

Playing from his back in what appears to be a local no-gi competition, the guard player in the video has his leg wrapped over his opponent’s head, seemingly in an effort to break the top man’s posture. There is no triangle threat, nor is the guard player using rubber guard; he’s simply using his leg to pull his opponent’s posture down. The top man even gives the referee a thumbs up.

Perhaps to get even more pressure on his opponent’s posture, the guard player controls his own leg with two hands, cranking down harder while simultaneously putting himself in his own sort of leg lock or modified toehold.

Graphic injuries aren’t anything new in grappling competition, but this one might be a first. Usually the injury is caused by an actual Brazilian jiu-jitsu technique at best, or an accident at worst. But snapping your own leg as you apply a leg lock to yourself? That’s an new level.