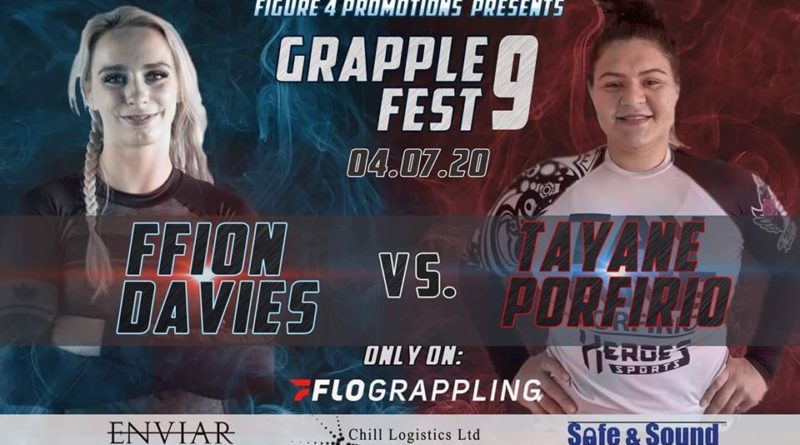 Grapplefest is back in action with their 9th event after a lengthy break due to Coronavirus and the cancellation of their hotly anticipated UK v USA co-promotion event with Third Coast Grappling, already announcing the first matchup as Ffion Davies takes on Tayane Porfirio. Both women are IBJJF European and World Champions in their own right, although Davies has had a greater deal of success without the gi, with that being how she won her world title, her hard-earned silver medal at ADCC 2019 and a Polaris world title as well.

While Davies might have had more success without the gi, Porfirio is coming into this fight with a significant weight advantage as she usually competes in the heaviest weight-class available for women, 79kg+, and has a strong resume of openweight sucess to match. Davies on the other hand, has only ever competed as high as 64kg outside of openweight matches and has been seen as low as 55kg just last year at Polaris 9. She’s no stranger to having to overcome size disadvantages though as she recently became the lightest ever person to win an openweight gold medal at the IBJJF European Open 2020.

At the time of writing, Ffion Davies v Tayane Porfirio is the only match announced for Grapplefest 9 but if previous cards are anything to go by, we should be in for at least a few more clashes of big names from across the BJJ world.

For the latest updates and news on Grapplefest 9, click here.

The entire event will be streamed live on Flograppling on the 4th of July, click here to sign up.