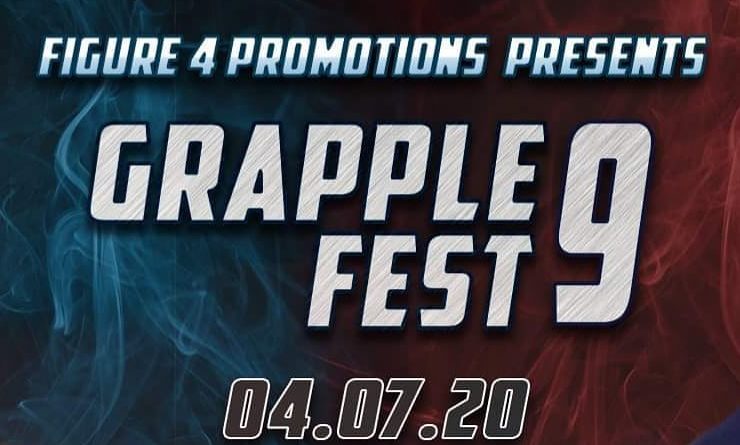 Grapplefest 9 is fast approaching and this marks the promotion’s first event in over four months due to the Coronavirus pandemic. That also makes this the first UK event to take place in the same timeframe, so local fans will no doubt be excited by the prospect of the return of professional grappling, even if it is taking place behind closed doors. The card presents a whole host of phenomenal matchups and should produce some great highlights at a time when this level of entertainment is sorely needed!

Perhaps the most interesting match on the card comes in the main event, when Ffion Davies takes on Tayane Porfirio. Ffion should have the clear technical advantage here, especially after she really catapulted herself into the forefront of the BJJ community by coming out of nowhere to take home a silver medal at ADCC 2019. What makes this match so interesting though is that Davies will have to overcome an incredible weight disadvantage as she has competed as low as 55kg back at Polaris 9, whereas Tayane Porfirio has always been at home in the largest weight-class for women and she should enjoy at least a 20kg difference here. It’ll be incredibly interesting to see if she can repeat her magical performance at the IBJJF European Championships 2020 where she became the Lightest Openweight Champion in history.

Further down the card, one of the most consistent presences at the very top tier of professional grappling, Jackson Souza, will face off against one of the UK’s best known grapplers and a solid fan-favorite thanks to his good sense of humour and penchant for exciting matches on Polaris and Quintet, Dan Strauss. Strauss may seem to have something of an uphill battle on paper, but Strauss is someone that can’t ever be counted out and he regularly rises to the occasion and surprises the crowd against a bigger name, like when he beat Satoshi Ishii back at Polaris 8.

Surprisingly far down the Grapplefest 9 card is Ashley Williams, the reigning Polaris Bantamweight and Lightweight Champion after beating both Richard Alarcon and Ethan Crelinsten one after the other. He takes on Kevin Corkhill who has had something of a difficult time under the Grapplefest banner after back-to-back losses at Grapplefest 6, and Grapplefest 7. These two matches do not do Corkhill justice however as he’s a solid grappler who should be more than capable of giving Williams a difficult time on the night, although ultimately the Polaris Champ Champ should be too much for him to handle.