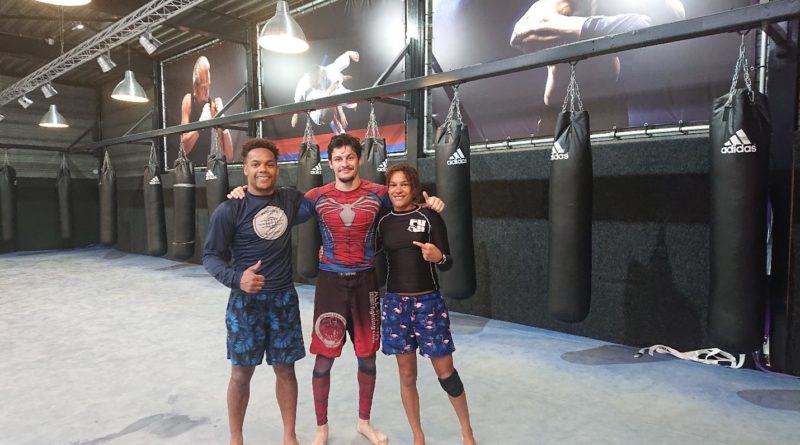 Hello fellow Jiujiteiros, martial artists and the odd uninitiated straggler wandering in, all are welcome here. I recently had the pleasure of frequenting a new gym for around a month.

I was visiting my sister out in Enschede, a somewhat out-of-the-way university town in the Netherlands on the German border. Having briefly passed through before and attended a few classes already, I headed out to the local gym: Apex Jiu Jitsu, an affiliate of the UK based Mill Hill Jiu Jitsu.

Apex Jiu Jitsu is a fairly young gym run by a sibling coaching duo: Leah and Marwin Grovell. They were recently promoted to brown and purple belts, respectively.

Apex is a very upbeat and lively team. The classes rarely seem grindy and, combined with their ‘muscle memory’ centric approach, make for a quick learning experience. Additionally, the classes are attended by a fair amount of non-Dutch speakers, meaning the lessons are primarily conducted in English. This is a welcome surprise for any foreign visitors stopping by.

Making my way there for the first class, I wound up a few blocks off target, due to a lack of functioning Google Maps (and perhaps poor time management) and finally arrived about 15 minutes late for start of class. I was delighted to see a spark of recognition in the coach’s eyes as I walked in and the warm greeting that followed. This was impressive. The last time they had seen me was around 7 months prior and for a grand total of two days.

One of the first things to note there is the size of the facilities.

A very wide, open matted space which comfortably accommodates live standup sparring for around 10-12 pairs at a time. Being on the ground floor with two of the glass-paned walls opening directly to the outside proved a lifesaver during the recent heatwave. Training at that temperature in a fully enclosed space would have been like trying to roll in a sauna.

I joined in for the remainder of the warmup, consisting of fairly specific mount escape and mount retention drills, ‘the mount’ being the topic of the month. This was followed by some technique breakdown and drills. After that was positional rolling in a king-of-the-hill format with a few ‘hills’ spread out on the mats. Finally, we moved on to open sparring. Most training days I spent there ran roughly following this routine, making for a diverse range of rapidly rotating training activities. It facilitated a smooth internalization of the lessons without feeling an over-reliance on either technical drilling or hard rolling. This engaging format seemed to really strike a chord with the students. Almost everyone ended up staying for extra rolling after class right up until closing.

Now, let’s discuss what I mean when I say ‘muscle memory’ centric approach.

This is an interesting aspect of training at Apex which separates it from most other gyms I have been at so far: the focus on getting the correct ‘feel’ of positions, entries and techniques into muscle memory. The teaching is broken down into broader topics. They focus around one position, concept or technique, and study it for a month. Yet the whole lesson, down to the warm-ups (which accordingly change every month), is dedicated to getting the correct motions and position down. There is an abundance of positional rolling to further augment muscle memory retention.

Another point of note would be that due to its structure, training there, at least in my opinion, seemed to be somewhat more taxing on the stamina that what I have grown accustomed to.

For the most part, you are going from a workout type activity into restricted positional sparring. This is by no means a complaint and would explain both the relatively high level of athleticism at the gym and the amount of difficulty I encountered with consolidating control positions when sparring with most of the students. The actual Jiu Jitsu level at Apex was quite high. The routines were clearly polished, with appropriate space and open mindedness for flexibility. This is especially impressive for such a recently established gym.

The environment, or ‘vibe’ at Apex is also noteworthy. Since the head coaches were fairly recently promoted to their current ranks (brown and purple belts), the atmosphere is quite informal and very light. The coaches seem to have a flowy rapport with students of even as little as a week’s worth of attendance. This concept is aptly reflected in their interim motto: “together we grow”. This makes for an absence of that elusive ‘cult-like’ quality so often seen in the more traditionally rooted BJJ gyms. I, for one, found it pleasantly refreshing.

Overall, it was a very pleasant away-training experience.

If you end up studying or working in the area as a grappling enthusiast, or simply passing through, Apex Jiu Jitsu is definitely worth a visit.

Thinking of traveling? Check out our other gym reviews here.