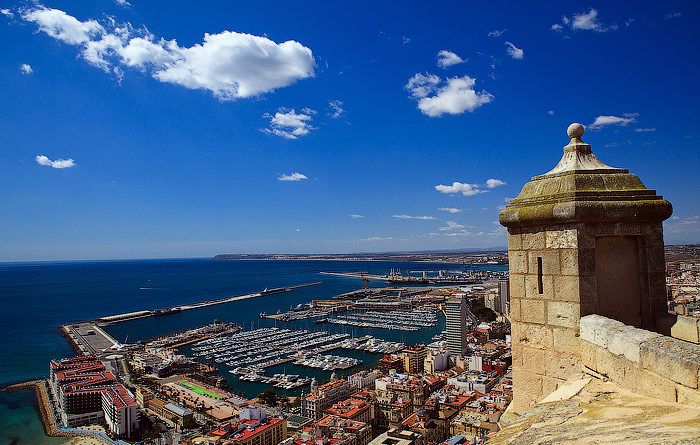 Hello, I hope the art of human chess has been kind to you of late. Today, I wanted to share an experience I had a few years back with travelling and BJJ that has changed my outlook somewhat.

Towards the beginning of my University career, I had already had some experience visiting local BJJ gyms while travelling. This would usually be just for a session or two during a trip. In all honesty, it was more for the novelty of it and adding an activity to the itinerary, rather than getting a real insight into another gym’s take on the grappling or approach to coaching.

This visit was a little different than my past trips. I had moved to Alicante (a touristy part of southern Spain) with the intention of staying for six months. The trip had fairly minimal planning. I figured out a place to stay, but not much beyond that.

After about a week of walking around and handing out CVs, I finally looked up local BJJ gyms to take my mind off the stress and finally get something to do.

This ended up being one of the best choices I made there.

I ended up at a Gracie Barra place called Climent Club. After finally deciding on a time to go and fumbling through half the city on Google Maps screenshots, I finally arrived at the place. It was a semi-rundown but pleasant enough neighborhood. The gym had a bright red gate-type door that stood out in the whites and greys of the rest of the block.

At this point my experience with Brazillian Jiu Jitsu was fairly limited, and my Spanish even more so. As I peeked my head through the door, I tried to recite the basic greetings and sentence structure for asking questions, hoping to perhaps get a second to get the lay of the room.

I was immediately spotted by the two present instructors. One: a huge, muscular, bearded man covered in tattoos, the other: a smaller, yet equally fit, tattooed and intimidating.

This was my first look at the Climent brothers, Augustin and Jorge.

The bigger one approached me, breaking into a wide, friendly grin. The intimidating air evaporated on the spot. After seeing my dumbfounded expression at the first few rapid fire sentences in Spanish he switched to English (it later turned out he knew a little Russian too, which was helpful), promptly questioning me about my past experience and ushering me onto the mats. I was prepared to silently work away, largely unnoticed until I got a solid grasp of the place. However, this was not to be. During the periods of time which allowed for discussion and conversation, it seemed the coaches as well as most Jiujiteiros there would make a point of including me. They provided me with ample practice in the language and helped me through the numerous grammatical pitfalls.

Furthermore, I would frequently receive culturally instructional tidbits, which proved surprisingly useful in day to day life. They even went so far as to sit and tell me a fair bit about the city, as well as about some leads for possible work.

I had trained for significant stretches at 2 or 3 gyms before touching down in Alicante. I had more or less of an informed idea of what an MMA gym looks and functions like: set class times, occasional open mat sessions, maybe some time to chat after; clean cut and for the most part professional. The first class I went to was in the evening, and so the whole process was more or less familiar. The facilities were quite extensive, with an in-house cage and the second floor outfitted with some gym equipment, sandbags, a boxing ring and even a kitchen.

Over my next few days there, however, I realized I hadn’t trained at a place quite like this before.

There was a very free atmosphere and I noticed outside of the classes taking place, there would always be a few people just hanging out, usually family members or friends of those taking classes. There would also be small fitness groups using the equipment. The more full-time athletes were drilling and sparring for their upcoming fights in smaller groups when the cage was available. Also, there would often be children running around, playing or play-drilling some of the techniques being taught. Usually these would be the coaches’ and practitioners’ kids and their school mates.

You would think this might quickly get annoying, yet they somehow managed to never really get in the way of the classes or the practice.

This mass of activity gave the gym the atmosphere of being alive, with chatter and laughter permeating almost every corner. The classes ran more or less all day, from early morning until night-time, with only the traditional Spanish midday break for siesta. It was common for the practitioners who had a day off from work to spend almost the whole day there, alternating between grappling and hanging out.

The level at the club was very high by my standards.

Most white belts were tapping me fairly effortlessly during my first month or so. The club has worked with and produced a fair few high-rank medalists in various types of competition. The more notable of these during my time there was Ilia Topuria, a young Georgian bantamweight (6-0 MMA pro record at the moment, all subs, all but one in the first round). By all accounts, Topuria learned to wrestle right alongside walking. Sparring was reminiscent of trying to pin down a gust of wind.

There weren’t beginner classes. As such, complete newbies were taken aside for the first week or two and taught the vary basis of BJJ. There was enough flexibility in the curriculum to allow one to fairly smoothly pick up the art regardless of existing level: sometimes attention would be given to basic concepts, at other times intricate and elaborate technique chains and at yet others, a lesson (with prior warning) would be replaced by a heavy circuit fitness session. I found the latter extremely useful as it has greatly improved my workout practices. The coaches would alternate on occasion, or teach jointly. Their differing styles – Augustine’s quick and spontaneous vs Jorge’s more controlled and deliberate – would seamlessly compliment each other in instruction, making for a good, multifaceted, “big picture” approach.

When the weather would allow (which in that part of Spain is most of the year), some fighters would go down to the beach for siesta for a nice cool-down in between sessions.

Thus, most days were very balanced and quite diverse.

Overall, the main image I have left of the place is “Idyllic”. Thinking back to that type of focused, yet relaxed training regiment brings a wistful smile to my face. My skills also got a concrete boost over my time there. More importantly, it changed my perception of what a martial arts gym can be and how much attention I allocate to BJJ when travelling.

I have every intention of visiting Climent Club the very next time I get a chance.