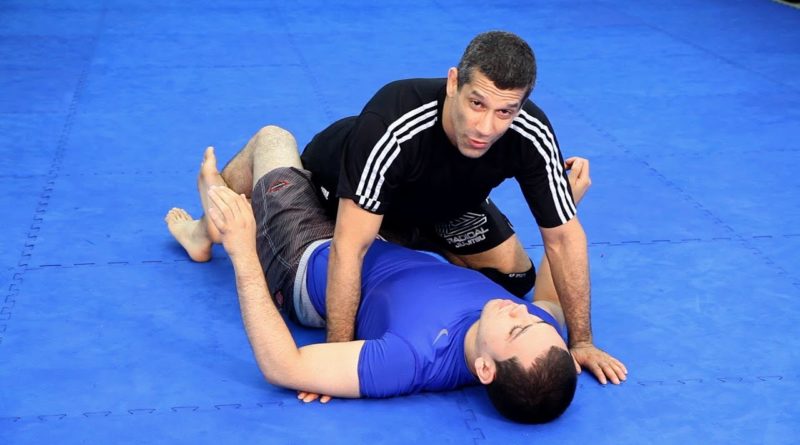 There was a recent article which mentioned the efficacy of Half Guard, and whether or not this was a viable position for self defense or MMA. One side of the argument was that it is not effective; the opponent will simply posture up and begin to rain down strikes. The other side of the argument was that it is effective; statistics from MMA fights were used to back up this side of the argument. The long and short of it is that both sides are correct. If you try to use half guard, and just get punched like a piece of fruit in a cocktail shaker by a muddler, it’s because you did it wrong. So yes, they will punch you. But as the statistics showed, if done properly, they will not only be unable to strike powerfully if at all, they will be at a constant disadvantage. Let’s analyze this and determine why this is.

Half guard is usually not my go to position. But as of late, since I cant roll, am not working, and half loooooooots of extra time due to the plague which we all have the pleasure of dealing with, I have been watching lots of YouTube videos on the position, many from MMA fights. In studying the position, it becomes more apparent why the half guard is such a powerful spot to sweep, for example, in MMA fights. The answer is two fold; 1) MMA fighters have more time now than they used to. Very few MMA fights these days outside of the Heavyweight division look like they used to, when guys like Tank Abbot would come running out swinging for the fences looking to knock a head off it’s shoulders. If you are rushed and cornered then yes, half guard probably isn’t the best position since you don’t have the time to set it up properly.

But MMA has now grown and evolved into a proper sport with a concrete ruleset (for the most part). Fighters typically study the opponent weeks prior to the match and train accordingly for the fighter they will meet in the ring. Once in the ring, they take time to feel each other out. Throw some non committal strikes to see the reaction and gauge the proper course of action. Another aspect not to be overlooked is the cornerman. Fighters now have a whole team watching and analyzing what they should be looking for and acting on, then they communicate this to the fighter. 2) Half guard is designed for and built around hip control. Jiu-Jitsu, Judo, Wrestling, Sambo, or any other grappling for that matter, can basically be broken down to learning to develop shoulder and/or hip control. This is what brings us to the crux of this article.

Every single technique, in every single grappling style requires control of either the hips or shoulders. Some require control of both. But this is why half guard works when done properly. The practitioner has control of the opponents hips. This control is paramount. And the fact that fighters such as Rani Yahya and Demian Maia have become so adept at using it is a testament to both the position’s power and their skill level.

But what do you think? Is this the reason it’s effective? Or do you still disagree? Comment below and let us know.